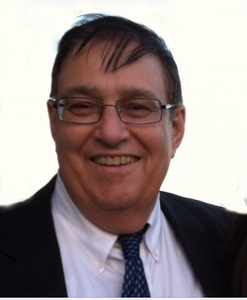 Westborough – Anthony Joseph Mallozzi III, 63, of Westborough, formerly of Northborough and Worcester, was a dedicated friend to all. He suffered a massive heart attack and passed away Saturday, March 8, 2014 with the family he cherished gathered by his side.

Anthony, one of three children, of the late Anthony J. Mallozzi, Jr. and Anne E. (DiGregorio) Mallozzi, was born and grew up in Worcester. He graduated class of 1968 from St. John's High School in Shrewsbury. He then earned his degree from St. Anselm College in 1972.

As an exceptional student, he accepted an opportunity to study abroad and attained a degree from the University of Moscow. Upon his return, Anthony continued to gain knowledge by earning his MBA from Clark University.

He met the love of his life, Joanne Marie Duddy, summering in Green Harbor. Later, they married in 1977 and settled in Northborough to raise their family before relocating to Westborough; sharing a total of 36 years happily married.

Anthony is survived by his devoted and close knit family, including his wife, Joanne Marie; his children, Karalyn Mallozzi-Manzelli and her husband Erik of Wilmington, twins Kimberly M. Mallozzi of South Boston and Anthony J. Mallozzi IV and his fiancée Katelyn Filippetti of Shrewsbury; a sister, Katheryn A. Reebe and her husband George of Millis; a brother, James J. Mallozzi and his wife Maureen of Avon, Conn.; the apple of his eye and granddaughter, Stella M. Manzelli; and several nieces, nephews, extended family members, and friends.

He was a member of St Rose of Lima Church, the Benedictine Friary Association at St. Anselm College, and the Pope John Council Knights of Columbus. He was involved in the Alumni Associations of St. John High School, Clark University and St. Anselm College. He also served as a Trustee at UMass Memorial Medical Center. He was a former coach of the Northborough Baseball Association. He had a strong presence in local, state and national politics and was a proud member of the Republican National Committee.

Anthony provided motivation, inspiration and support to all who met him. He was a family man first and foremost, cherishing the time he shared with his wife, devoted children and his new granddaughter, Stella. He lived a joyous and accomplished life.

Calling hours for Anthony will be Thursday, March 13, from 4 – 8 p.m., in the Mercadante Funeral Home & Chapel, 370 Plantation St., Worcester. The funeral Mass will be held Friday, March 14, at 10 a.m., in St. Rose of Lima Church, 244 West Main St., Northborough. (Please go directly to church.) Burial will follow in Howard Street Cemetery. All are welcome to celebrate and honor Anthony's life.

In lieu of flowers, memorial contributions may be made to the UMass Memorial Foundation, 333 South St., Shrewsbury, MA 01545 or the Dana-Farber Cancer Institute, 450 Brookline Ave., Boston, MA 02215.