Shrewsbury – For decades, the Spag's property on Route 9 was a destination for locals as well as those from far away looking for a bargain. When the store closed in 2004, Building 19 took over the property, but was never able to really catch on. Now, a Southborough development group has high hopes that the 21-acre property, located not far from Lake Quinsigamond and the Shrewsbury/Worcester line, will once again be a thriving location.

At the March 19 annual meeting of the Lakeway Business Association, which represents nearly 40 local businesses stretching from Oak Street to Lake Quinsigamond, Mark Hebert, vice president of development and a principal with the Grossman Development Group, spoke of the vision his company has for the former Spag's property. 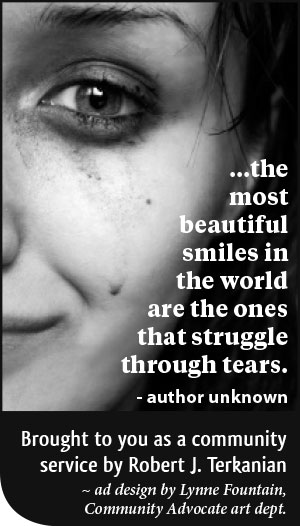 The group currently has a purchase and sale agreement in place with Building 19, Hebert said, and hopes to start work on the property in the summer of 2015. That timing is fortuitous, he noted, as that that is just about when work will be completed on the new Kenneth F. Burns Memorial Bridge, which spans Lake Quinsigamond, and links Shrewsbury to Worcester via Route 9.

But before work can be started, he acknowledged, there is much to do first.

“The property is encumbered with lots of rights of ways – we'se up against multiples ones, both public and private,” he said.

Although “plans are still in the initial stage,” he noted, the developer is envisioning a “village type of development.” The front of the complex would have large retail stores that faced into the village, rather than facing onto Route 9. Those building backs would not just be bland eyesores, he assured, but would be constructed in an attractive manner. A mix of residential units would be in the middle, featuring one- or two-bedroom residences and studio apartments. The back of the property would have condominiums.

The idea, Hebert said, was to make it a pedestrian-friendly village that would appeal to young working professionals who worked right over the Shrewsbury/Worcester border at the University of Massachusetts medical complex.

“We want to make it a place that residents can live and play in, and not have to rely on their cars,” he said.

“There's a lot to do, including changing some zoning bylaws,” Hebert said. “But so far the reception has been terrific. The first big step is to get this approved at Town Meeting.”

Grossman will be presenting a more detailed plan to the Board of Selectmen at the board's Tuesday, April 8, meeting. The matter will also come before the voters at the Special Town Meeting Tuesday, April 29.