Marlborough – “The more things change, the more they stay the same” is a proverb that applied to the 38th annual Senior of the Year Dinner when Mayor Arthur Vigeant welcomed residents age 60 and over April 16 at the Marlborough High School cafeteria. New this year, there were two honorees: Lydia Whitcomb and Rita Connors.

As in past years, the mayor noted that each deserves recognition for outstanding contributions to the city. 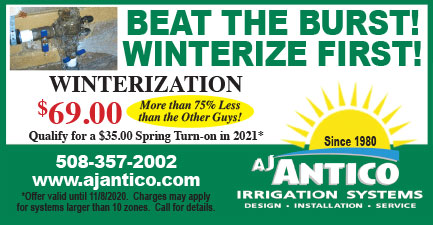 “You see both of them all the time at the Senior Center,” he said. “They'se both dedicated to helping people and volunteering on a regular basis.”

Presenting a proclamation to the first recipient, Vigeant said in part, “Lydia Whitcomb served on the program committee for the new Senior Center, volunteers at the Council on Aging (COA) for numerous activities and fundraising missions, and is an active member and past president of the Friends of the Marlborough Seniors.”

Also new this year, an honoree could be age 85 or over. Previously, the criteria was at least 90. Whitcomb received an early gift for her 90th birthday, which is May 1. Among those who nominated her was Ann Assis.

“I's watching Lydia turn 90 and she's still giving her life to the community,” she commented. “She's a very hardworking and deserving person.”

City Councilor Bob Page is aware of Whitcomb's strong connection with veterans because he is a past commander of the Disabled American Veterans (DAV) Chapter 82.

“Lydia is a wonderful and very community-oriented person,” he said, “She's been very active as a member of the DAV Auxiliary, and she's a Gold Star Mother and Wife.”

“Lydia is very dedicated to our veterans,” she said. “She never misses a parade and she lays the wreaths. She's been a huge asset to the city's veteran community because she brings a lot of notoriety to them.”

Pope has also seen the ongoing efforts of the other Senior of the Year, Rita Connors, a COA board member.

“Rita is a tireless volunteer at the Senior Center,” Pope said. “She has more energy than the average person.”

In his proclamation, Vigeant said in part, “Rita Connors has embraced retirement and has served in numerous capacities at the Senior Center over the past two decades; planning parties, donating handmade ornaments and baked goods, as well as contributing to the COA membership database and reporting systems.”

Among those who nominated Connors was Dottie Hodgson. They'se volunteered alongside each other for over 20 years.

“I'se never heard Rita turn down anybody who needed assistance,” she said. “She has set up for parties, and made the favors and decorations. And a lot of times it's been out of her own pocket. Normally, she's be the one who would set up the room for tonight's dinner. I know of at least six to eight other people who nominated Rita.”

“I couldn's imagine a nicer person than Rita,” she said. “She'sl stop whatever she's doing and help anybody. She's really so gracious.”

Vigeant commended the guests for their two choices, as well as the event committee for honoring them both.

“It was a great decision that was made after receiving the nominations from all of you,” he said.