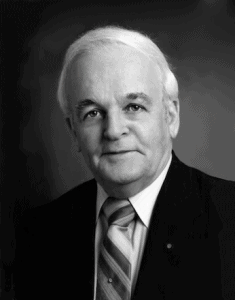 Marlborough – For decades, John Noble, who passed away at age 91 April 16, was a constant presence in his beloved Marlborough as a resident, business owner and dedicated volunteer for many local groups.

He was only 18 when he left Marlborough to serve in the United States Army, inspired, he said in a 2013 interview, by the attack on Pearl Harbor. After stints in Scotland, England and Normandy, he eventually was sent to Luxembourg, where the Battle of the Bulge was being fought. He was awarded the Purple Heart for injuries suffered in that battle. He was a member of the Veterans of the Battle of the Bulge, a charter member of the Salvatore Padula Chapter 82 of the Disabled American Veterans, and longtime member of the Colleary Post 638 of the Veterans of Foreign Wars. 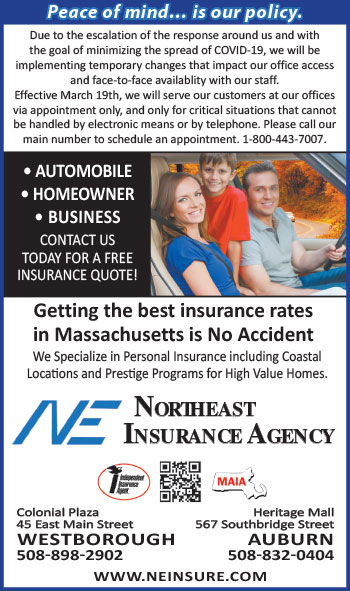 On his return to Marlborough, he worked first as a toy salesperson for the Harold Hahn Company before becoming the manager and then owner of the popular variety/stationery store, Concannon's, while raising his family with wife, Claire.

He served as president of the Marlborough Merchants Association for 15 years, and was named Small Businessman of the Year in 1986.

Community service was important to Noble. A longtime member of the Marlborough Rotary Club, where he was awarded a Paul Harris Fellow for his many contributions to the club, he also oversaw with his wife many of the club's annual variety shows.

Dave Walton, the Rotary Club's president, said that Noble was “known as a gentleman and a person with great character. He will be missed by all.”

The club plans to award a scholarship in Noble's name to a local high school senior, he added.

Over a 30-year span, Marguerite Thorsen worked with Noble on many community events.

“John was a gentleman at all times. He was always open to listen to ideas that could help his beloved “Downtown,”” she said. “He was also always willing to provide counsel when asked. ?He was a quiet man and got things done by sharing his wisdom.”

“The passing of John Noble is an immeasurable loss not only for our community but for our country as well. As a member of the “Greatest Generation” and true son of Marlborough, John served honorably in the U.S. Army and bravely fought in the Battle of the Bulge,” Vigeant said in a statement. “When he returned home he became a respected business and civic leader in Marlborough and gave generously of his time to numerous causes. It was a privilege to know him and his contributions to our city and our country will never be forgotten.”

Noble also served for nearly four decades as chair of the Board of Directors for the Marlborough Savings Bank.

After his passing, Rick Bennett, the bank's president and CEO, reflected on what his friend had meant to not only the bank but to him personally.

“John meant a great deal to Marlborough Savings Bank and to me personally.?His leadership as chairman of the board for almost four decades was instrumental to the growth and prosperity of the bank. He and I had many conversations on what the bank could do to improve the quality of life within the greater Marlborough community and he was always interested in what we were doing to help the many nonprofit organizations,” Bennett said.

“John was not only a close friend. He was a mentor, a confidant, an advisor and someone everyone at Marlborough Savings Bank respected and enjoyed being around,” he added. “All of us at MSB will miss him tremendously!”

He is survived by one son, John Noble Jr. of Maine; two daughters, Janet Noble of Marlborough and Ellen Elsasser and her husband Bob of Marlborough; two grandsons, Christopher and Paul Elsasser; and many nieces and nephews.

In lieu of flowers, his family requested memorial contributions be made to the Alzheimer's Association, 480 Pleasant St., Watertown, MA 02472.