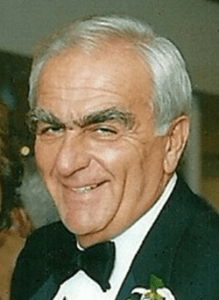 Shrewsbury – Longtime Shrewsbury resident Michael Campaniello, 75, passed away Friday, May 23, 2014, surrounded by his family and friends after a brief illness.

Mike was born June 14, 1938 in Worcester, a son of Michael and Ann (Bardellini) Campaniello. He graduated from Worcester Vocational High School and Fisher College. He then worked at the General Motors Assembly Plant in Framingham; also serving in the Massachusetts Army National Guard.

In 1959, Mike married the love of his life, Jean Caparso. They moved to Shrewsbury in 1966, where they raised their three children and still live today.

If you live in or around Shrewsbury, you probably knew Mike – and how dedicated he was to his community. He served as a member and later Chairman of both the School Committee and Finance Committee and as a Town Meeting Member for more than 30 years. In recognition of his community service, Mike was a gubernatorial appointee to the Shrewsbury Housing Authority.

Mike was the kind of guy everyone wanted on their team. He was deeply loved by his family and friends, appreciated by his community, and respected as a businessman.

Mike was passionate about travel, vacationing and spending time with his family, especially at his home on Lake Winnipesauke in New Hampshire. His love for the sun kept him tan, even in the coldest of winters. He was an avid boater, hunter and angler – and traveled the world with his close friends pursuing these hobbies.

He was a member of the Ancient and Honorable Artillery Company of Massachusetts, as well as a past president of UNICO. He was also a member of the Knights of Columbus, the Lions Club, and the Worcester Lodge Sons of Italy, where he was a longtime player in their bocce league.

His Funeral Mass will be celebrated Tuesday, May 28, at 10:00 a.m., in St. Mary's Church, 640 Main St., Shrewsbury. (Please go directly to church.) Burial with military honors will follow in St. John Mausoleum.