Southborough – Guests at the June 13 meeting of the Breakfast Club at the Southborough Senior Center learned about the history of the town's prominent Burnett family and their connection to several local landmarks including Deerfoot Farms.

Offering the presentation was guest speaker Paul Doucette of the Southborough Historical Society. His main focus was on Joseph Burnett, who was born in 1820 in a house on Gilmore Road. That residence is now known as the Warner Oland House.

“Warner Oland was a movie actor who played Charlie Chan and who had spent his summers here,” Doucette explained.

After studying at local schools, Burnett attended Worcester College of Pharmacy at age 15.

“Back then, the study of medicine was rather primitive,” Doucette noted. “Pharmacists knew nearly as much as medical doctors.”

“Some accounts from family members put the date at 1850,” Doucette said of the Deerfoot founding. “The farm and dairy probably used this as their year of founding since many Deerfoot bottles say “since 1847″ on them.”

“In 1894, Joseph Burnett died from injuries after he was thrown from his carriage when his horse was spooked by a trolley on Maple Street in Marlborough,” Doucette said. “He, who had been so innovative in modern methods, became a victim of modern technology.”

Other close relatives led the company following his death.

“In 1897, new and larger farm buildings were opened,” Doucette said. “The great barn on Deerfoot Road – “Big Deerfoot” – was occupied, along with the stables, boarding house or lodge for farm workers and the farmhouses for married employees.”

The presentation concluded with a “then and now” slide show. The Deerfoot sausage plant and dairy on Newton Street was replaced with the Southborough Medical Clinic. The location of “Big Deerfoot” is now Trottier Middle School. The barn and pastures of “Little Deerfoot” were located where a business park is now on Route 9. Across the street was the farmhouse and stables, which is near the property now occupied with the Red Roof Inn and Cumberland Farms.

“There was a tunnel under Route 9, which allowed the cows to safely cross,” Doucette noted.

The Southborough Historical Society is updating its website: southboroughhistory.org. Photos of Deerfoot Farms items that were displayed at Trottier Middle School are posted at facebook.com/southboroughhistory/timeline. For more information, contact [email protected]

The Breakfast Club meets the second Friday of the month at 10 a.m., except during the summer. Meetings will resume in the fall. Guest speakers are scheduled by Sue Keir, who said that she hopes the Southborough Historical Society will present more programs at future Breakfast Club meetings. 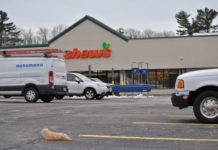 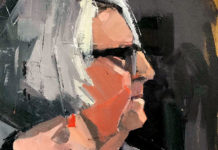