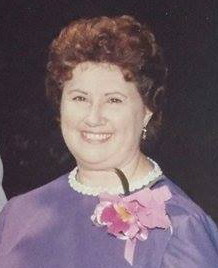 Shrewsbury – Clemence A. (Laliberte) Narris, 85, of Shrewsbury, died Wednesday, July 9, 2014 in Shrewsbury Nursing and Rehabilitation Center after an illness. Her husband, Mitchel E. Narris, died in 2005.

She was born and raised in Worcester, daughter of the late Eudore and Mary A. (Beaudoin) Laliberte. She graduated from Worcester Girls Trade.

Clemence had worked as a seamstress for several years before she married and became a full-time mother and homemaker.

She enjoyed spending many hours antiquing and finding old treasures in her travels. She also loved animals, especially her beloved cats.

Funeral services for Clemence will be private and held in the Britton-Shrewsbury Funeral Home. Burial will be in Mountain View Cemetery of Shrewsbury.