“Memorial Beach is now a place worthy of our residents,” Vigeant said. “The new and improved beach now offers considerably enhanced recreational facilities, parking and access so that all may enjoy what the property has to offer.”

Many were on hand for the ceremony, including City Council President Patricia Pope, Recreation Commission Chair Bob Kays, and Melissa Cryan from the Massachusetts Department of Conservation and Recreation. Mike Ferro, commander of American Legion Post 132, and John Raymond, president of the Marlborough Veterans Council, also addressed the crowd, which included a number of Marlborough veterans.

In addition to the construction of a much improved beach access path, the resurfacing of the parking lot, and the establishment of a handicapped parking area near the beach, the WWII Memorial Beach now boasts a new playground and basketball court. The creation of a picnic area and walking path that follows the water's edge and loops along the top of the dam transforms the property into a year round recreational resource.

Joining the many amenities added to the property is an information kiosk built by Scott Cucinotta, a local Boy Scout, as part of his Eagle Scout project. The kiosk graces the entrance to the trail and will contain environmental educational materials.

The City of Marlborough partnered with Commonwealth of Massachusetts” Executive Office of Energy and Environmental Affairs through their “Parklands Acquisition and Renovation for Communities” (PARC) Grant Program to finance the improvements.

The Argus Construction Corp. of Bedford was the contractor for the project. Construction began on September 13, 2013, and was finished this past spring so that all might enjoy the new facilities during the summer 2014 swimming season.

The WWII Memorial Beach is open seven days a week and is staffed from 11 a.m. to 7 p.m. 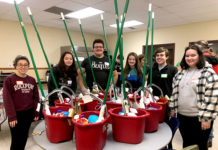 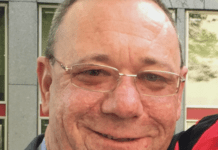 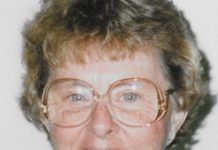