Shrewsbury – Despite the rain, nearly 1,000 people enjoyed a free barbecue and met with local first responders at the “LiveLife Family Day” July 27 at the Hebert Candy Mansion. The event was hosted by the Worcester-based organization Valiant Veterans LiveLife Center and Massachusetts Vest-A-Dog.

“It was an incredible day and we loved watching those who serve and sacrifice for us spend time with their families enjoying activities such as bounce house, visits from mascots like FINZ, (from the Worcester Sharks) and Blades (from the Boston Bruins) as well as characters like Sponge Bob and Elmo and being able to have a free lunch and some desert as well,” she said. “So much is given to us, [by first responders]; they rarely get the thanks that they deserve. We were honored to give something back to them.”

Valiant Veterans helps veterans with the tools and resources necessary to successfully integrate back into society after serving in the military. Sullivan is the organization's co-founder and executive director and also trains “Corporal Gunnar,” a Siberian Husky/Alaskan malamute service dog who will go on to assist a veteran who has posttraumatic stress disorder and traumatic brain injury. Gunnar was on hand at the event to meet fans.

In addition to having the opportunity to meet and thank first responders, attendees were treated to music, raffles, children's activities and games.
State Sen. Michael Moore, D-Millbury, presented Valiant Veterans with a Senate citation for organizing the first annual Community Day honoring first responders and military.

Blades was joined by two of the team's “Ice Girls” who stayed for the entire event mingling and taking photos with the crowd.

Hebert Candy Mansion donated the venue as well as proceeds from ice cream sales to Valiant Veterans and Samuel Adams Brewery supplied one free beer for each attendee over 21. 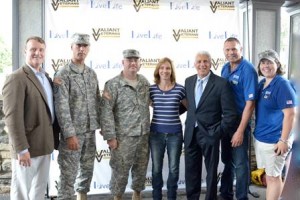 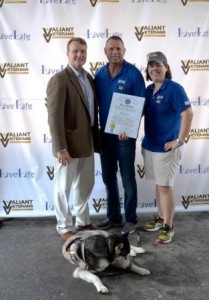 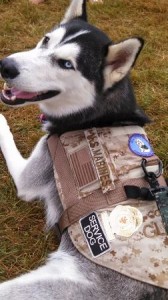 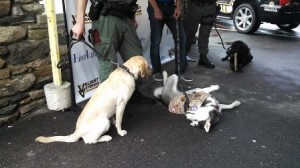 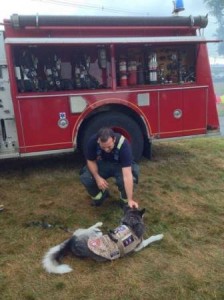 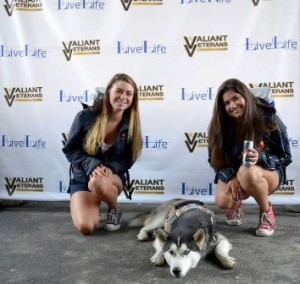 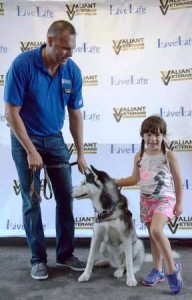 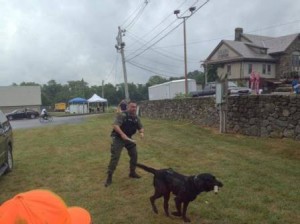 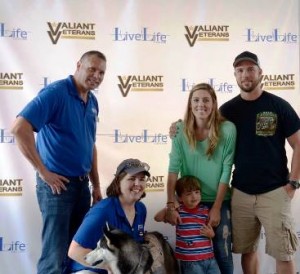