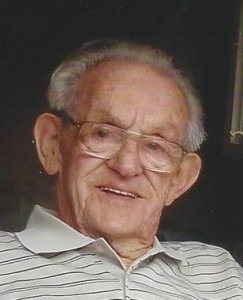 Ray leaves behind his loving children, Darlene Santora and her husband Paul of Shrewsbury, Raymond Dumas of Sterling, and Kevin Dumas and his wife Diana of Roxbury, Conn.; his grandchildren, Pamela Jordan and Michelle Zuno, both of Shrewsbury, and Christina Dumas and Jessica Dumas, both of Roxbury, Conn.; his great-grandchildren, Derek, Karli, and Gabriella DeSouza and Justyn and Vanessa Zuno; and several nieces and nephews. His brother, Robert Dumas, died in July.

Born and raised in Worcester, he was the son of Arthur and Orianna (Gagnon) Dumas. He attended St. Peter's High School in Worcester, and proudly served his country during WW II in the 775th Field Artillery Battalion in Europe. He had lived in Northborough for the past 58 years.

Ray was employed by Town Talk and Nissan Bakeries of Worcester and Gray's Carpet Center, Inc. of Northborough until his retirement.

He coached Northborough youth baseball and was an umpire for 35 years for local little league, high school, and American Legion programs.

Ray was a longtime member and usher of St. Rose of Lima Parish, and a member of Vincent F. Picard American Legion Post 234 of Northborough.

For the online guestbook and directions, please visit www.haysfuneralhome.