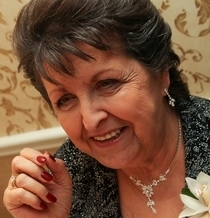 Marlborough – Barbara A. (Risley) Mann, 73, of Marlborough and formerly of Manchester, Conn., died Saturday, Aug. 30, 2014 at Knollwood Nursing Center in West Boylston after a brief illness. She was the wife of Richard L. Mann for the past 44 years.

She was born in East Hartford, Conn., the daughter of the late Clifford and Antoinette (Della Rocco) Risley, and was a 1958 graduate of East Hartford High School.

Barbara enjoyed fishing, cooking, crocheting, and playing cards. She adored her grandchildren, and was a funny, giving and a kind-hearted woman, a true people person!

Besides her husband Richard, she leaves two sons, Robert Liska of Hebron, Conn. and Ira Mann of Peoria, Ariz.; two daughters, Penny Barna PhD of Tarpon Springs, Fla. and Johanna Sheyner of Framingham; a brother, Robert Risley of Colorado; two sisters, Kay Dilger of Columbia, Conn. and Jean Risley of Ohio; and two grandsons and three granddaughters. She was the mother of the late Phyllis Mann and sister of the late Bernie Risley.

In lieu of flowers, donations may be made to the American Heart Association.

All are invited to sign Barbara's online guestbook at www.CollinsFuneral.com.