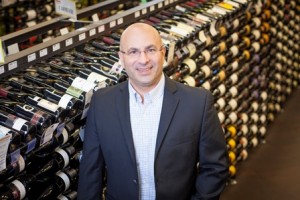 Westborough –Whiskey is no longer your grandpa’s drinkit’s the trendiest drink in the spirits industryand Julio’s Liquors in Westborough is doing their fair share to make it even hotter. The store’s national influence is so strong that it recently won an award for “Whisky Retailer of the Year – Single Outlet” from Icons of Whisky America 2015, presented by Whisky Magazine.

This is not the store’s first win, however. Julio’s Liquors has been scooping up accolades left and right, including the same Icons of Whisky America award for 2013, and a considerable mention in 2014. The liquor store is garnering national recognition, as contenders for the award were considered from all over the country. In 2012, Ryan Maloney, the owner of Julio’s Liquors, was even inducted into Keepers of the Quaich, a highly exclusive group of Scotch whisky affiliates.

“I can sum up my nomination for Julio’s Liquors for Icons of Whisky in one wordpassion,” one of those who nominated Julio’s said.

The passion behind the store’s whiskey collection and education events comes from a dedicated and knowledgeable staff, especially Maloney. In 2007, he created the Loch & Key Whiskey Society, a resource for people interested in sharing their knowledge of whiskey, which preceded the recent surge of the spirit’s popularity. Loch & Key hosts a weekly tasting at Julio’s Liquors, called “Whisk(e)y Wednesday”, where attendees can sample, learn about, and discuss high-end whiskeys at no cost. The Loch & Key Society has hosted a number of field trips and other special events, including Go! Whisk(e)y Weekend, a weekend-long festival of education events, dinners, and free tastings. The Loch & Key crew just returned from a whisky adventure in Scotland.

The Icons of Whisky winners are determined by the whiskey industry’s biggest leaders from around the world. While Julio’s Liquors has received the award for the American division for the last three years in a row, they have also received honorable mentions in the international category. Maloney hopes to eventually take home “Whisky Retailer of the Year – Single Outlet” for the international Icons of Whisky. For now he will continue working hard to help people enjoy a great dram.