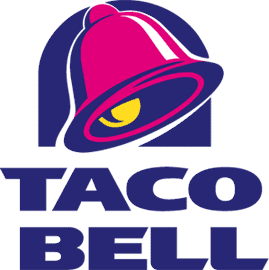 Why did you choose to open a Taco Bell in Westborough?

“There was no Taco Bell in Westborough and the adjacent towns. That’s the kind of development opportunity we like,” said Roger Lockwood, chairman of Lockwood/McKinnon Group, Inc.

Do you own other Taco Bell franchises?

“We own 23 other franchises in Southeastern Massachusetts and Rhode Island. We’ve been building and operating Taco Bell restaurants since 1989,” he said.

What did you do before becoming an owner of Taco Bell franchises?

“I’d been in the movie theatre business for a number of years, along with Gordon McKinnon who was our General Manager. My son, David, was with Warner Brothers in California but elected to join us in the Taco Bell adventure about 15 years ago. He now runs the company with Gordon.”

Why did your group decide to invest in Taco Bell franchises?

“We looked at a lot of different franchises and finally settled on Taco Bell. Taco Bell was a brand that was established in the West Coast and other parts of the country but not in the Northeast. I regularly traveled around the country so I was quite familiar with Taco Bell. We saw an opportunity to get in on the ground floor. It was a concept that had enormous market share in other parts of the country and it was a brand that was committed to growth,” he said.

Taco Bell has a not-for-profit for teens, The Taco Bell Foundation for Teens. Does your group work with this Foundation?

“We do! We support the Foundation and raise money to support the local Boys and Girls Clubs in the areas where our Taco Bell restaurants are located.”

Which other charities does the Lockwood/McKinnon Group support?

“We give enthusiastic and passionate support to the Jimmy Fund of the Dana-Farber Cancer Institute. We do an annual fund-raising drive to support patient care and research. It’s an incredibly rewarding initiative in which all our restaurants, our sister KFC and a company called, ‘The Paper Store’ takes part in each year,” Lockwood said. “Over many years we have raised more than $2 million. Our intention is to double that amount in a very short time,” he added.

Homes and More for May 13