Grafton – Countless memories are sure to be shared when Apple Tree Arts (ATA) marks its 25th anniversary with guests partying like it’s 1989. A 1980s-themed cocktail and dance party is scheduled for Friday, March 6, from 7:30 to 11 p.m., at Highfields Golf & Country Club, located at 42 Magill Dr. in Grafton.

“We are really going to celebrate all of the success we’ve had and have a good time with ‘80s music,” she proclaimed.

Live music will be performed by students of the Grafton High School Jazz Workshop, many of whom have participated in ATA programs and classes. Also, DJ Steve will spin choice ‘80s hits.

Blanchard founded ATA in 1989 by instructing two early childhood music classes for parents and children from birth through age 9 at the Congressional Church of Grafton.

“All the studies say how important music is for everyone before age 9,” she noted. “Developmentally, like language, that is the critical stage of life to learn music. Afterward, it’s harder and you may not live up to your innate potential. We knew that early childhood was the core of what ATA would always be.”

Next, ATA brought those music classes to various area preschools. Soon afterward, the classes were offered at churches in Northbridge and Shrewsbury.

“We were itinerants for a long time,” Blanchard acknowledged. “We built a program by renting spaces and doing the best we could. We gradually became incorporated and then nonprofit.”

In 2010, ATA moved to its current location in the Grafton Town House at 1 Grafton Common. ATA rents 60 percent of the building.

“Now we have all the teachers meeting each other in the same place and it’s much more cohesive,” Blanchard said. “We grew the program over these 25 years from those two classes to an operating budget of about $355,000 per a year.”

The current ATA staff consists of two full-time and three part-time administrative employees, and 20 part-time faculty members. Twelve volunteers serve on the board of directors. Eighty percent of its income is generated by tuition and fees for services with about 20 percent raised through grants, event tickets, and individual and corporate donors.

ATA provides theatre arts programs for students in grades one through 12. Blanchard believes these programs help students learn the value of a cooperative effort while gaining self-confidence.

“As a company of theatre arts people you are making something happen that’s bigger than yourself through the cooperation of working with others,” she explained. “Plus, you are thinking on your feet.”

Also offered are private voice and instrumental lessons with opportunities to perform individually or in ensemble groups.

In 2008, ATA initiated a partnership with the town to undertake the preservation of the Grafton Town House. The plan includes preserving its Great Hall as a multi-use facility for the community and making the building handicapped accessible. To date, over $3.7 million has been raised for the preservation.

“We’ve championed the cause,” Blanchard said. “There’s money in place, ready to begin construction once we have one more Special Town Meeting, March 7.”

The previous night, the 25th anniversary party will feature hors d’oeuvres, cash bar, and ‘80s-themed games, activities and prizes. Advance tickets can be purchased for $30 each at ATA or by calling 508-839-4286. Tickets are also available at the Grafton Country Store and Pecorino Cheese Shop.

“The arts bring people together and enriches their lives,” Blanchard added. “That’s why ATA is so important to the community.” 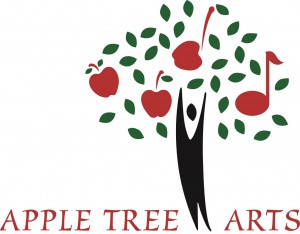