Marlborough-The City Council approved a request for an additional $100,000 to the snow and ice account to cover costs for the recent storms and in anticipation of others that may follow. Mayor Arthur Vigeant request made at the Feb. 23 meeting was prompted by a communication from Department of Public Works (DPW) Commissioner John Ghiloni.

”We anticipate $500,000 will be needed to cover the recent emergency storm related events,” said Ghiloni. 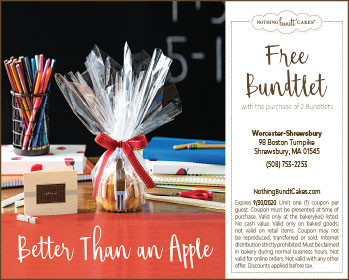 “We would also like to believe that we have seen the last storm of this record breaking winter, however, recent weather forecasts suggest otherwise,” he said in asking for an additional $500,000, which he stated would only be utilized in the event new storms arrive.

In making a motion to approve the $100,000, Finance Committee chair Michael Ossing said, “We would not want to hamper DPW operations” and complimented the department on its outstanding work.

Council President Trish Pope, in demonstrating her support for the request said to Ghiloni, “Your crew did a great job. Please pass on our thanks to everyone.”

In delivering his State of the City address earlier this year, Vigeant attributed the many successes of the city to department heads and employees “for making the city a better place to live, work, and play.” He singled out Ghiloni for his handling of snow removal.

Other financial matters on the agenda were several mid-year transfer requests from city departments, including the Legal Department, DPW, Public Facilities Office, Veterans’ Services Office, and Fire and Police Departments.

The request for the Fire Department provides funding to the salary line items for the new fire chief and deputy chief positions which were depleted due to contractual retirement payouts, Vigeant said.

Ossing made a motion to approve a $30,000 request from Veterans Agent Gary Brown which was needed immediately due to an increase in the number of clients qualifying for veterans’ benefits. Councilors approved the request. All others were forwarded to the Finance Committee to be reviewed with individual department heads in the near future.