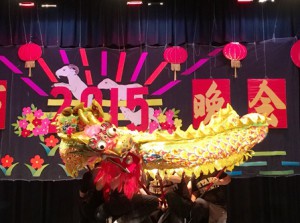 Shrewsbury – Over 800 people gathered at Oak Middle School March 1 to celebrate the traditional start of the Chinese New Year, which this year is known as the Year of the Goat, Sheep and Ram.

The event was also a 20th anniversary celebration for the Massachusetts Beijing Chinese Language School (MassBCLS) and was organized by the school’s principal, Dr. Weichu (Brian) Xu. Throughout the afternoon, dozens of students from the MassBCLS, Sherwood and Oak middle schools and St. John’s High School performed a variety of traditional and festive Chinese songs and dances. Students from Leaders Way Kungfu Academy and U.S. Tae Kwon Do Center also performed.

Prior to the start of the show, Shrewsbury School Committee member Jason Palitsch, former Worcester County Sheriff Guy Glodis and Dr. John Morse, an academic dean and director of admissions for St. John’s, spoke briefly to the audience and offered their congratulations to Xu for his two decades of leadership.

“This is truly a wonderful cultural celebration,” Palitsch said.

Morse noted that St. John’s had added Mandarin to its language program just over a decade ago. Now, he added, over 100 students are studying the language.

“Things such as this show help build excitement and show that language is not just about books,” he said. “It’s also the opportunity to use it.”

The Chinese New Year, which is also known as the Spring Festival, is the most important holiday of the year in Chinese culture. Traditionally it is a festive celebration that marks the end of winter and also serves as a way to “sweep out the old and usher in the new.”

Chinese New Years are named according to the 12 animals represented on the Chinese zodiac. Because of different interpretations, the animal for 2015 is considered to be either goat, sheep or ram. 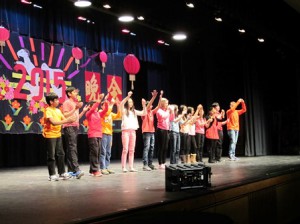 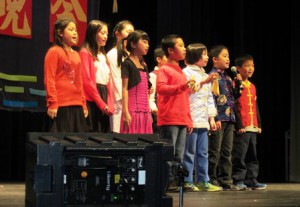 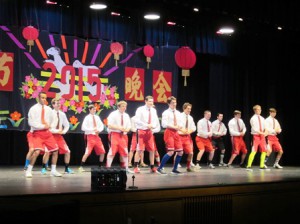 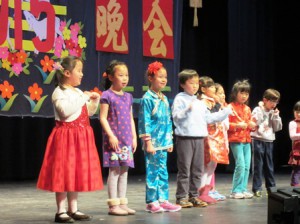 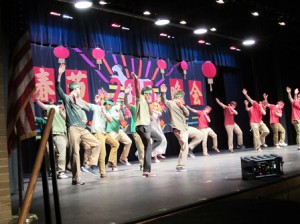