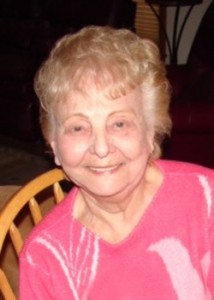 She was born and lived most of her life in Brooklyn, N.Y., daughter of Russian immigrants Mollie & Abraham Rubin.

Ceil was predeceased by her husband, Harry Katz, after 52 years of marriage, and by her daughter Patricia Katz Vita, who passed away in 2013. Additionally, her brothers Milton Rubin and Moses “Moe” Rubin, predeceased her.

She is survived by her daughter, Rona (Katz) Harris and her husband Leonard of Shrewsbury; her grandchildren, Jodi Ford and her husband Fred Ford of Grafton, Paige Josti and her husband Robert Josti of Rutland, Danielle Vita and Andrew Vita of Staten Island; her great-grandchildren, Isaac and Eliot Josti and Alex, Spencer and Brynn Ford; her best friend, Bossie, and Patricia’s partner, Ronald Vita; and several nieces and nephews.

In 1958, Ceil and Harry started their company, Ropat Fabrics, in the basement of their house and it became one of the most successful auto trim companies on the East Coast. After Harry passed away, Ropat Fabrics continued until 2007, when at age 82, she decided to close the business.

Helping her children and grandchildren was the most important thing to her. She also loved her trips to Atlantic City (especially when she was comped), Mohegan Sun and Twin Rivers. Her favorite pastime was watching Ellen Degeneres and playing her miniature poker slot game.

Graveside services will be held Wednesday, March 18, at 11 a.m., in the Wellwood Cemetery, Farmingdale, Long Island, N.Y. The Mercadante Funeral Home & Chapel of Worcester is honored to assist the family with arrangements.

Memorial Contributions may be made in Ceil Katz’s name to the Rose Monahan Hospice Home, 10 Judith Rd., Worcester, MA 01602.