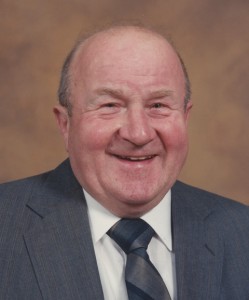 He leaves his wife of 49 years, Cynthia (Greene) Opacki of Shrewsbury; six sons, John Opacki Jr. and his wife, Barbara of New Hampshire, Thomas Opacki and his wife Angela of Spencer, Marc Strickland and his wife Debbie of California, Craig Strickland of Worcester, Peter Strickland and his wife Linda of Tennessee, and Christopher Opacki and his fiancé Lisa Proctor of West Boylston; three daughters, Susan (Opacki) Weidman and her husband Michael of Rochdale, Stephanie Baker and her husband Ronald of Millbury, and Laurie (Strickland) Renshaw and her husband Gregory of Paxton; 18 grandchildren, Erik, Heather, Anthony, Mary, Christopher, Clayton, Nathaniel, Daniel, Mitchell, Maria, Elizabeth, Brandon, Jesse, Lindsey, Diandra, Kyle, Jaclyn, and Zackery; and nine great-grandchildren, all of whom he was so proud of and thrilled when he could be with them. He is also survived by three sisters, Victoria Nadeau of Auburn, Catherine Prostak, wife of Zigmond, and Jane Popham, all of Worcester, and many nieces and nephews. He was predeceased by his first wife, Dorothy A. (Hansen) Opacki.

John was born in Worcester, son of the late Benjamin and Anna (Piechota) Opacki. He enlisted in the United States Navy and served in W.W. II and the Korean War on the USS Macon and the USS Fall River. He spent most of his working career at New England High Carbon and Wire Company in Millbury until it closed.

Most of all, John was a man who loved his family, and was a hard worker and a loving husband who had an unforgettable smile for everyone.

John’s family would like to thank the staff at the Shrewsbury Nursing and Rehabilitation Center and the Jewish Hospice Care for their loving care and compassion shown to John and his family during his stay.

Relative and friends are invited to visit with John’s family Friday, April 3, from 3:30-5:30 p.m., in the Britton-Shrewsbury Funeral Home, 648 Main St. A service of remembrance will begin at 5:30 p.m. Burial will be private and at a later date in Mountain View Cemetery of Shrewsbury.

In lieu of flowers, memorial donations can be made to the Shrewsbury Nursing and Rehabilitation Center, 40 Julio Dr., Shrewsbury, MA 01545.