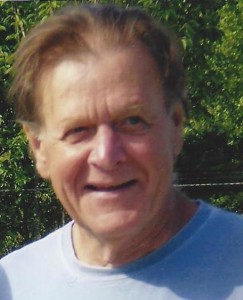 Bob was born Aug. 1, 1945 in Worcester, son of the late Mary (Mombourquette) and Joseph Dowd. His roots were in Grafton, he served in the US. Army in Vietnam and was loyal to his brothers in arms who served alongside him throughout his life. He was a member of the Dudley Gendron Post in Sutton and the Junior Vice Commander at the VFW Post 1497 in South Grafton.

Bob was a plumber by trade and owned his own business, Shrewsbury Heating and Plumbing for more than 20 years. He also served as Commissioner of the South Grafton Water District.

When he could find the time you could find him watching a football game in the fall and he was a loyal fan of all the New England sports teams.

His legacy is that of a proud patriot and family man whose hard working hands may now find their rest.

A funeral Mass will be celebrated for Bob Thursday, April 30, at 11 a.m., at St. James Church, 89 Main St., South Grafton. He will then be laid to rest with military honors at Fairview Cemetery. There are no calling hours.

Visit his online guestbook at www.RoneyFuneralHome.com to share a memory of Bob or message of sympathy with his family.