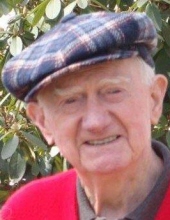 He was born May 7, 1927 to Alfred J. Ford Sr. and Beatrice (Mulvanerty) Ford of Northborough. He was a graduate of Yale University, class of 1948. During World War II, he served with the U.S. Army Counter-Intelligence Corps and was recalled for an additional tour of duty during the Korean Conflict.

His career was spent in the investment field for more than 42 years, most of which was in Kingston, N.Y., where he was active in community affairs. He was one of the founders of the Ulster County Industrial Development Agency, and served as its chairman for the first 30 years of its existence. A member and past president of the Kingston Rotary Club, he was elected Rotarian of the Year in 2000. A former vice-president and director of the Kingston Area Chamber of Commerce, he also served as treasurer and director of the YMCA of Kingston and Ulster County. He was an avid golfer and a former director of Wiltwyck Golf Club.

A resident of Charlton since 2009, he was predeceased by his beloved wife of 63 years, Marion Day Ford, and an older brother and sister. He is survived by one brother; two sisters; one son, Barrett D. Ford of Los Angeles, Calif.; five daughters, Linda Parker of South Deerfield, Penny Combs of Glen Allen, Va., Holly Mannchen of Waldorf, Md., Kim Guest of Hampstead, N.H., and Dr. Judy Baumhauer of Fairport, N.Y.; 14 grandchildren; and five great-grandchildren.

A celebration of life will be held at a later date. To share a memory or to leave an online condolence, visit www.haysfuneralhome.com.

In lieu of flowers, hug your loved ones and be kind to each other.