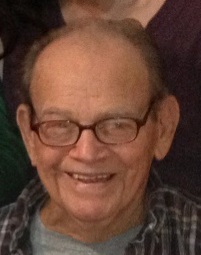 Hudson – Dariel G. McKinley Sr., 89, of Hudson, died Sunday, May 31, 2015 at UMass Medical Center in Worcester after a brief illness. He was the husband of Pauline A. (Pitts) McKinley for the past 64 years.

He was born, raised, and educated in St. Charles, Ark., the son of the late William H. and Stella (Mansfield) McKinley. He was a U.S. Navy veteran of World War II and Korea and retired from the U.S. Navy after serving 20 years.

Following an honorable discharge, he worked as a maintenance mechanic at Thomas Taylor & Sons for 30 years, retiring in 1990.

He was a diehard Red Sox fan who enjoyed games of chance, fishing, country music, the Grand Ole Opry, travelling and riverboat cruises. He will be remembered as a kind, admirable, giving man who forever was smiling.

Calling hours will be held Thursday, June 4, from 5-8 p.m., in the Fitzgerald & Collins Funeral Home, 378 Lincoln St., Marlborough. A funeral service will be held Friday, June 5, at 11 a.m., in the funeral home. Burial with military honors will be held in Forestvale Cemetery of Hudson.

His online guestbook can be viewed at www.CollinsFuneral.com.