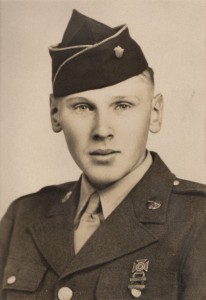 He leaves his three daughters, Susan Lederman and her husband Robert of Denver, Colo., Mary Ann Janaitis and Laurie A. O’Rourke, both of Shrewsbury; four grandchildren, Eric Lederman of Irvine, Calif., Hannah Arthur of Denver, Colo., Sara Moscaritolo of Worcester, and Jocelyn O’Rourke of Shrewsbury; three great-grandchildren, Elyse and Alana Lederman and Ruby Arthur; and many nieces and nephews. He was predeceased by seven brothers, Frank, Ben, John, Joseph, Anthony, Allen, and Peter;, and two sisters, Ann and Mildred.

Charlie was born and raised in Worcester, son of the late Sylvester and Barbara (Isinski) Janaitis. He graduated from Commerce High School and then entered into the United States Army, serving with the 320th Regiment of the 35th Infantry Division (Santa Fe Division) before being honorable discharged. He continued as a lifelong member of the 35th Division and regularly attended reunions and events.

He had worked for 39 years as a foreman in the Heat Treat Department for Wyman-Gordon in Worcester before he retired.

He had been a resident of Shrewsbury for the past 65 years and spent many summers on Cape Cod.

Charlie had a wonderful sense of humor and was considered the family prankster. He cherished his family and they all will miss him dearly. Baseball was another love of Charlie’s; he always enjoyed watching a good baseball game.

Visitation with Charlie’s relatives and friends was held July 6 in the Britton-Shrewsbury Funeral Home, followed by a prayer service and burial in Mountain View Cemetery of Shrewsbury.

Memorial donations can be made to the JHC Hospice, 629 Salisbury St., Worcester, MA 01609.