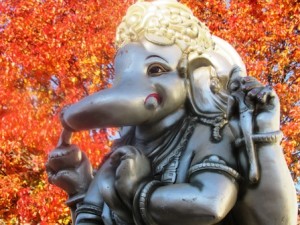 Westborough – In Hinduism, Ganesha is one of the most well-known and venerated representations of God. Recently a statue of the icon was mysteriously dropped off at the rotary in the center of Westborough. It was then removed and brought to the town’s police station.

Ganesha is widely revered as the remover of obstacles, the patron of arts and sciences and the deva of intellect and wisdom. As the god of beginnings, he is honored at the start of rituals and ceremonies. Ganesha is also invoked as patron of letters and learning during writing sessions.

Town officials do not know who left Ganesha at the rotary and why they did so. If it is not claimed by the end of the week, the statue will be up for grabs for whoever might want it.

If you have more information on the background this statue or are interested in having it, please contact Bonnie Adams, Managing Editor at the Community Advocate at 508-366-5500, ext. 14. 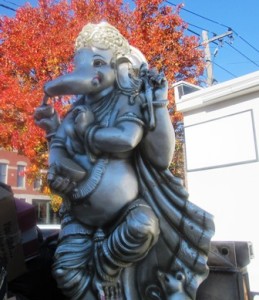 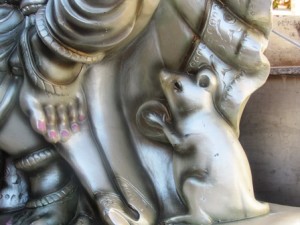 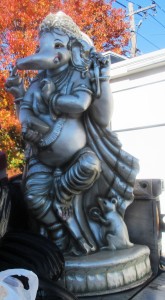