Westborough – As is the tradition each year, the young students at the J. Harding Armstrong Elementary School honored veterans in their families with a special ceremony held at the school Nov. 9.

Twelve men, who have served or are currently serving, were present for the event including two men special to all of the students – Principal John Mendes, a U.S. Army veteran and Robert Smith, the school’s “faithful evening custodian,” who has served with the U.S. Marine Corps.

The Worcester Police Color Guard started off the ceremony and then the children all joined Westborough High School (WHS) student Julia Marcus in singing the national anthem.

“It’s important to honor our veterans,” Mendes told the children. “They are not always wearing their uniforms but they are all around us. They chose to join [the armed forces] to help protect us. So this is a great way for us to show our appreciation.”

The assembly moved outside for a few minutes so the children could respectfully listen to WHS student Kerry Larkin play “Taps,” then moved back inside for the presentation of handmade “medals” to each of the honorees. One by one, a young boy or girl came up to present a medal to their special family member.

Mendes and Smith also received medals. Brian McInnis, Coast Guard and the son of Kathy McGuire and James Guimond, Navy and the son of Jill Guimond, were not able to be present for the ceremony.

The school also presented a packet of homemade cards and drawings to Adam Costello, the director for the Central Massachusetts Veterans’ Services District. Costello will arrange to send the items to members of the service who are currently serving in Iraq.

Here are some more photos from the event: 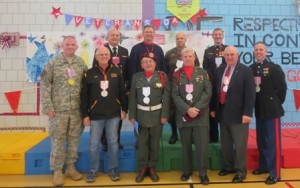 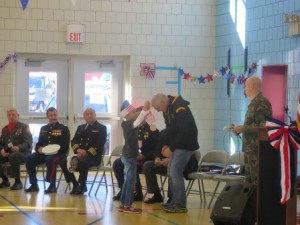 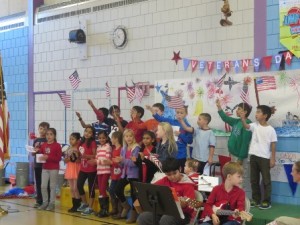 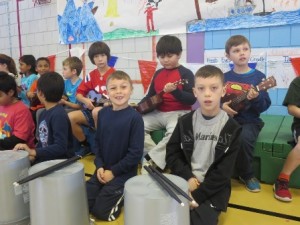 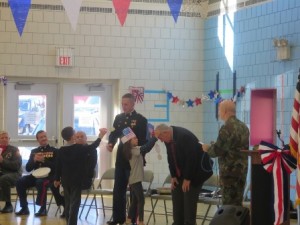 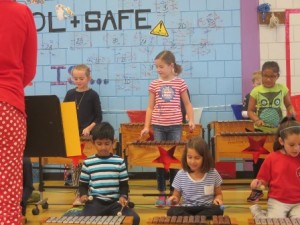 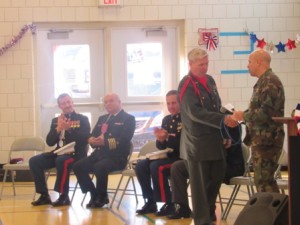 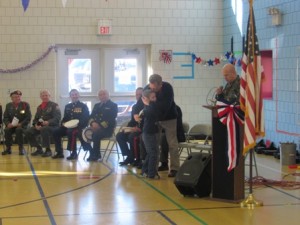 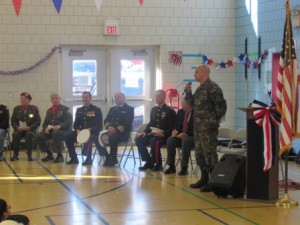 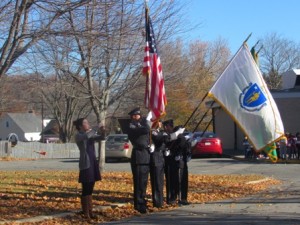