Marlborough – There are occasions in sports, albeit infrequently and less desirable, that a game ending with teams deadlocked is really not such a bad thing.

The Algonquin Regional High girls’ varsity ice hockey team’s 2-2 tie with powerful Leominster High in the team’s season-opener on Dec. 12 at New England Sports Center may be just one of those instances. 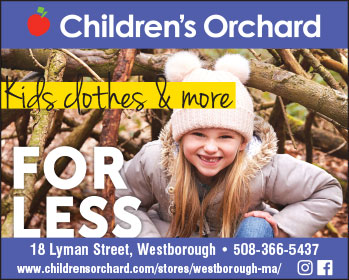 The Tomahawk skaters matched up with one of their most dominant opponents they will see all season and more than held their own. Algonquin was outsized versus a team that is inordinately physical, but never backed down. With just three seniors on the roster as opposed to the Blue Devils lineup dominated by vastly more experienced upperclassmen, on paper this would seem to be a lopsided mismatch. Algonquin, however, would have none of that.

“They’re probably one of the most physical teams we’ll play this year without a doubt,” said Tomahawk head coach Jay Monfreda. “Our girls hung in and battled back. Considering we were probably the smaller team out there, we definitely held our own. It’s a good testament to the younger core that’s getting the majority of our ice time. For them to battle back like that and show good composure out there was really good and showed great character.”

“I think we brought a lot of intensity today,” added senior co-captain Megan Holmes. “We were all working hard and going hard for the pucks. If it was a one-on-one battle, we were giving it our all and I like to see the effort.”

Algonquin surprised many, but certainly not themselves, when they got on the board with less than five minutes elapsed in the first period. Freshman Anna MacDonald recorded her first of two goals in both the game and her career off of a rebound from a Chloe Spedden bullet on net. MacDonald was quick to pounce putting her team up 1-0.

Leominster would score a pair late in the second period just two minutes apart from each other and appeared in control leading 2-1 with time winding down in the game before MacDonald struck for the equalizer. With 4:19 remaining, the poised Algonquin forward took a crisp cross-ice pass from sophomore Krista Finkstrom and lifted the puck top-side right to even the score at 2-2. Both teams battled furiously for the go-ahead tally but could not cash in.

“Everybody tried their hardest and I think we looked good out there,” said senior co-captain Abby Chrisafideis. “We’re a young team but a young team with a lot of potential and I think we’re going to do really good things this season.

“We try to stay positive all the time and make everyone feel welcomed. Even outside of hockey we’re focusing on bringing the team all together because we’re a co-op team so we try to become really good friends and keep everyone positive. Everyone works hard. No one’s lazy and that’s what I like.”

Coming up big in the contest was sophomore goaltender Angie Ferro who recorded 27 saves, many of the acrobatic nature. Ferro was named a league all-star and team MVP a year ago.

“Angie is absolutely phenomenal,” said third-year head coach Monfreda, who is assisted by Mike Hodge and Tony Mauro. “The good thing about her is that her personality is just as phenomenal as her skills. She’s always smiling and I think that’s something a goalie needs. I know she’d like to have that second goal back tonight. But she puts that out of her head and she’s ready to battle. She’s a tough kid.”

Being a co-op team with players uniting from Algonquin, Nashoba, Marlborough and Hudson high schools unites players who would otherwise be involved in school rivalries. Such a mix is not an issue, say players and coaches.

“Sometimes the girls are a little upset that they’re wearing an Algonquin jersey or that we’re getting maroon shirts when they’re not from that school, but if it’s the way we’re going to play hockey then everyone’s going to go with it,” Holmes explained. “I find out quickly that we’re going to be cohesive and all get along well because we’re a team. I find that when we all get together we put aside all our differences and come together and unify as one team.”

“If all these towns didn’t co-op, they wouldn’t be playing so they come into that with the right attitude,” added Monfreda. “We have great leaders. We have few leaders because we’re so young, but the few leaders we do have are great and get the girls together. We do a lot of team building outside the rink and that kind of helps with that.”