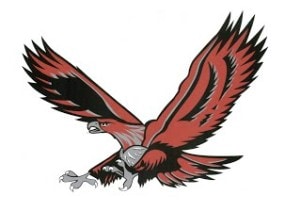 Hudson – While wins have been undeniably hard to come by for the Hudson High School boys’ varsity basketball team in recent years, there is the feeling amongst players, coaches and team supporters that that may be about to change based on early season indications.

The schedule-maker was less than kind by matching the Hawks up with Central Mass. powerhouse Marlborough High School to open the season and the results were painfully predictable, but when time came for Midland B opponent North Middlesex to visit Dec 15, it was as if a newly energized and determined group had taken the floor for Hudson.

This was a night that may likely be looked back on as time goes by as one of those season-altering contests as this Hawk bunch showed its mettle throughout despite coming out on the short end of a 61-53 decision. What was different on this night was palpable confidence, resiliency and fight that may have been in short supply in times past. Not so with this 2015-2016 team that clearly opened eyes in battling the visiting Patriots.

“These kids are working hard. They’re working hard every single night at practice,” said head coach Mike Notaro. “They’re here to change the culture. I believe they’re off to a good start and tonight showed it. They never quit. I saw a lot of character in this team tonight. We just have to move on. There’s nothing we can do about tonight but I’m happy. This is the first time in a while that they’ve really been in a game right down to the end.”

“Something that I haven’t seen out of all the years I’ve played at Hudson High is the amount of heart our team has and it showed,” said senior co-captain Jordan Poirier of his team’s performance. “That’s what really caught my eye out of this game.

“Sometimes things aren’t going to go our way, but we can’t let that affect us for the rest of the season. We can only take positives away from this game. Last year we couldn’t keep up as well as we did tonight so that’s a positive all in itself. So we just have to take the positives, keep going and look forward to our next game.”

Notaro was a member of the Clinton High School coaching staff for 16 years before arriving in Hudson last year serving as junior varsity coach. He ascended to head coach this season and is committed to changing the culture to a winning one and has his players on board with the new Hawk attitude. He is assisted by Mike Notaro Jr., Marty Murphy and Jay Roan.

“Our coach has us working really hard and before this we were never able to gel like we have tonight,” said junior co-captain Mike Davis. “Even against Marlborough, we still played hard the whole time. We need to keep working hard and focus on our game and play solid defense. Coach makes that clear at every practice and game.”

“We work hard and never give up on each other,” added senior co-captain Kevin Wolfe. “We’re always trying to win. This team is really competing and that hasn’t always been the case.”

North Middlesex jumped out to a 10-0 first-quarter advantage that would seem to spell doom for the Hawks, but this group would have none of that. Both Wolfe and Davis hit from beyond the arc as part of a rally to close the gap to 13-11 at the end of the first quarter. The teams exchanged leads for most of the second quarter with the Patriots carrying a slim 26-25 advantage into halftime.

The visitors erupted for six unanswered points to open the third quarter before Hudson rallied once more. The Patriots found themselves in fourth-quarter foul trouble opening the door for Wolfe, Davis and Corey Roach to hit a pair each from the stripe for a 52-52 deadlock with time winding down. North Middlesex went on to galvanize for a late rally to capture the victory.

Leading scorers for the Hawks were Davis with 18 points, Wolfe with 13, Jay Payne with 10 and D.J. Bass with six.

“I see this team having a lot of heart. They want to win. They’re hungry,” Notaro said. “There was a lot of enthusiasm out there and I think what they’ll take out of this game tonight is that they’ll start believing in themselves that they can play good basketball because they really showed it out there.

“We have to believe every night that we can win. I loved our defense, I thought they played hard. We have to get a little more disciplined on offense and we’ll be alright.”