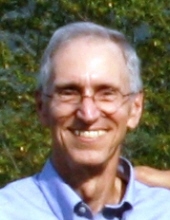 Northborough – Cary S. Thompson passed away Monday, Jan. 4, 2016 at UMass Memorial–University Campus at the age of 70.

He leaves behind his devoted wife of 36 years, Diane (Stubbert) Thompson; his two loving children, Kristen Goen of Ore City, Texas and David Thompson and wife Jaime of Starksboro, Vt.; his four grandchildren, Makalynn, Olivia, Kharma, and Jaxon Goen; his mother, Olive Thompson of East Longmeadow; his brother, Bud Thompson of Hampden; his sister, Charlotte Kinney and husband Donald of Grant, Fla.; and many nieces, nephews, and extended family. He was predeceased by his father, Philip Thompson.

Cary was born and raised in Mount Vernon, Ohio. He later moved to Worcester and graduated from North High School. He enlisted in the U.S. Air Force during the Vietnam War from 1963-1968. He and Diane later raised their family in Northborough and lived here for the last 37 years.

Cary spent his career working for IBM, primarily in Waltham, as a field engineer for 40 years until retiring in 2006. Above all, he loved his wife, children, grandchildren and the joy of sharing many adventures with them.

To share a memory or leave the family a condolence, visit www.haysfuneralhome.com.