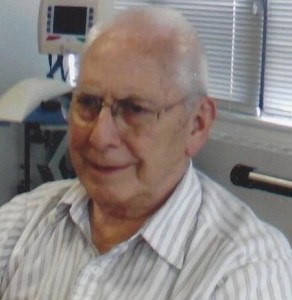 Westborough – Robert J. Ruch, 87, of Westborough, formerly of Southborough, passed away Thursday, Jan. 28, 2016 at the Kindred Transitional and Rehab. He was the husband of Myrtle R. (Ray) Ruch.

Born in Hornell, N.Y., he was the son of the late Edward and Maria (Bieber) Ruch. He was educated in Hornell schools and was a 1950 graduate of Syracuse University. During the Korean Conflict, he served with the U. S. Army.

Mr. Ruch was employed as a civil engineer for the U.S. Government, Department of the Interior, for many years. In later years, he worked part-time at Hardwicke Gardens in Westborough.

He was a life member of the Knights of Columbus, enjoyed viewing the foliage, photographing mountains, and genealogy.

In addition to his wife, he is survived by one son, Lawrence A. Ruch and his wife Deborah of Shrewsbury; one daughter, Theresa L. Ruch of Worcester; nine step-children, Gregg Isaacs of Plainfield, N.H., Gerry Isaacs of Holden, Gwen Isaacs of Arizona, Galen Isaacs of Hudson, Greer Isaacs of Alstead, N.H., Greta Morris of Rutland, Garvin Isaacs of Arizona, Grant Isaacs of Lancaster, and Ginger Hilow of Strafford, N.H.; three grandchildren, Joseph and Matthew Ruch and James Dooling; one niece, Jean Miller; and many step-grandchildren and step-great grandchildren. He was predeceased by his first wife, Mary Lorraine (Osborne) Ruch, and a son, James Ruch.

The family would like to thank Kindred and their very caring staff.