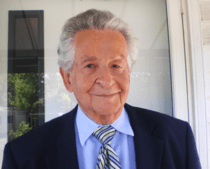 Marlborough – Richard L. Novitch, 84, died Wednesday morning, March 2, 2016 after a short period of failing health. He was born in Worcester, the son of the late Sidney and Frances (Kunen) Novitch, and lived in Marlborough for the past 70-plus years.

Mr. Novitch was a graduate of Marlborough High School, class of 1948; Clark University, class of 1952; and Boston University Law School, from which he graduated in 1955 when he began practicing law.

Attorney Novitch practiced law until the past year.

He is survived by two sons, Attorney Richard M. Novitch of Northborough and Bernard Novitch of Marlborough; a daughter, Pamela Richard of Oxford; five grandchildren, Katherine Novitch, Lauren Novitch, Michele Trawczynski, Brittney Novitch, and Crystal Novitch; two great-grandchildren; and many nieces and nephews. He was predeceased by a brother, Jason Novitch, and the mothers of his children, Marcia Stevens and Mary Bruno.

A funeral service will be held Saturday, March 5, at 11 a.m., in the William R. Short and Son Funeral Home (www.shortfuneral.com), 95 West Main St. Marlborough. Burial will be at a later date. Visiting hours at the funeral home will be held Saturday morning from 9-11 a.m. prior to the service.