Grafton – Spring is coming soon. For many, their attention will turn to the Triple Crown races and the magnificent thoroughbreds on the racetracks. With their speed, strength and stamina, it’s no wonder people are fascinated by these equine champions.

But what about the horses that don’t make it to the racetracks? Many are fascinated by them as well. One of those people, Dr. Mary Rose Paradis, has devoted most of her life to helping horses live longer, healthier lives. The Grafton resident and Dorothy Russell Havemeyer Foundation primary investigator retired from practicing and teaching at Tufts Cummings School of Veterinary Medicine last year. Now she focuses on enhancing the lives of some of the most vulnerable among them – foals and geriatric horses. 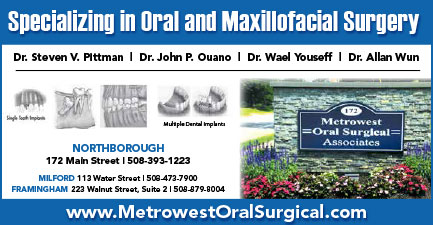 Paradis was raised in North Carolina. Even though neither of her parents had an interest in horses, she found herself drawn to them – possibly because of the little girl’s fondness for television westerns. When she was around 10 years old, she said she “pestered” her parents to let her take riding lessons at a local stable.

“This soon developed into dropping me off on Saturday morning where I spent the day at the stable helping with chores around the barn, in exchange for extra time riding,” recalled Paradis. “[I] had some wonderful times at this barn…”

The family moved to South Carolina when Paradis was 14 years old. There, she began riding competitively at a local show stable.

“I was able to refine my riding skills but really still just loved being with the horses,” she said.

And her love of horses, science and medicine – along with her mother’s advice to take as much math and science as she could in high school – led her to fulfill her dream of studying veterinary medicine. While she attended the University of Georgia’s College of Veterinary Medicine – where she was one of 19 women in a class of 86 – she made time for riding. In the summers, she would work as a counselor and riding instructor at a girls’ camp.

“That was truly the good life! Unfortunately, after graduating from veterinary school, my riding had to take second place to my work, which was fairly all-consuming,” she recalled.

That work included practicing for two years at a former classmate’s equine clinic on Long Island. It was there that she developed a strong interest in helping foals.

“During foaling season, I tried to be present at every birth in the practice,” said Paradis, who wrote a book on equine neonatal medicine. “It is a truly beautiful experience and fascinating to watch the process of mare-foal bonding and behavior.”

But she also hoped to teach students. When she was hired at Tufts in 1983, that hope was realized. She became the school’s second large-animal medicine clinician and an assistant professor. When she started the school’s neonatal ICU the following year, foals once again touched her heart.

“Foals are such fragile animals during the first few days of life. Many of them would come to the hospital with life-threatening problems,” said Paradis. “I have always felt that I made a difference in these patients, because their survival depended on me. It was always a thrill to see them go from a comatose state to a bouncy, normal foal.”

It wasn’t until the late 1990s, when Paradis noticed that she was seeing more horses over 20 years old, that she also began to specialize in helping geriatric horses. She researched the health problems affecting older horses. She also gave public presentations on caring for senior horses.

Paradis noted: “I think the common link between my love of the newborn foal and the older horse is the human-horse bond that develops between owner and neonate and geriatric. The foal immediately sucks you into its life, and the geriatric builds a long-term relationship.”

Although she retired last year – the same year she won the American College of Veterinary Internal Medicine Distinguished Service Award – Paradis still conducts research. But Paradis, who said she has “been fortunate to have worked with some wonderful colleagues, students and owners,” continues to help horses – whether they’re race horses, show horses or beloved human companions – in another way as well.

“I have always felt that my contribution to veterinary medicine is the students and residents that I have trained,” Paradis revealed. “My hope is that they will do greater things than myself, but that I may take some pride in helping them accomplish great things.” 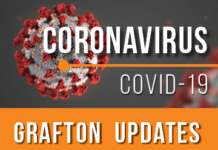 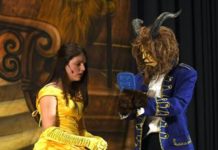