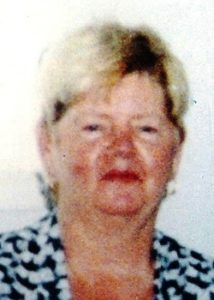 Carol is survived by her loving family, three sons, John C. George Jr., with whom she lived, James K. George and his wife Rebecca, and Anthony J, George, all of Shrewsbury, and two daughters, Deborah Griffin and her husband Ross of Shrewsbury and Diane Louis and her husband Joseph of Worcester. She also leaves a brother, Stephen Lucente of Worcester; a sister, Judith Wiinikka and her husband Kenneth of Hubbardston; and sisters-in-law. She was the loving grandmother to Lisa, Errica, John-Ross, Michael, Mitchell, Alexis, Cynthia, Tiana, and Gabriella. Carol was so proud of her two great-grandchildren that she loved so much, Gina Marie, and Jack Riley. She also leaves many nephews and nieces. She was predeceased by a brother, Joseph Lucente.

Carol was born in Worcester, daughter of the late Joseph and Ruth (Johnson) Lucente, and lived in Shrewsbury since 1964.

Carol, along with her husband, was a co-owner of the Boulevard Diner on Shrewsbury Street, which is still owned and operated by her family.

She attended St. Anne’s Church all her life. She enjoyed playing bingo, doing crossword puzzles, listening to all types of music, and looked forward to going shopping with her daughters. She also loved a good day at the beach! But, true to that generation of parents, she was a loving mother, grandmother, and great-grandmother who will be sadly missed by her family and friends.

Carol’s funeral was held Monday, April 25, from the Mercadante Funeral Home & Chapel of Worcester, with a Mass of Christian burial in the Church of St. Anne of Shrewsbury and entombment in St. John’s Cemetery Mausoleum.

To leave a condolence for the family or share a special memory of Carol, visit her memorial site at www.mercadantefuneral.com,