Grafton – Voters at the May 9 Annual Town Meeting soundly rejected a proposal to fund a new Department of Public Works (DPW) building.

The plan, which had first been proposed in 2001, has been a source of controversy over the years. The article at the ATM asked for a favorable vote to fund $13.9 million through a Proposition 2-1/2 debt for a new 35, 430 square facility to be built at 48 Old Westboro Road. The article asked for approval of taking out such a bond for a facility that would serve the town’s needs for the next 30-50 years. The funding’s timing, according to officials, would have coincided with the payoff of some of the existing debt on other public buildings. DPW officials noted that the current building, located at 27 Upton St. is  70 years old and is “too small, decrepit, and dangerous” to meet Grafton’s future needs. 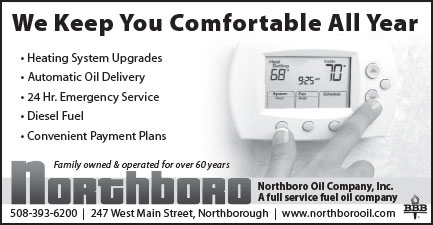 The article generated a lively debate among the voters, with most being opposed to funding the project. The first to speak in opposition was retired state representative George Peterson. He said he had a number of concerns starting with the new building’s size, which he claimed was excessive and would cost too much, aside from its not being a good fit for the new proposed site.

“It’s to be four times the size of the current DPW facility,” Peterson said. He was also concerned, he added, about another debt exclusion project while the town already is paying for other projects and buildings.

In all, eleven voters stood to comment upon the building proposal, with almost all of them opposed to the article. The proposed size of the new building brought numerous questions and comments including the size, the amount of debt that would be incurred and whether new site had been approved by the various Massachusetts environmental agencies.

The discussion continued for an hour and 20 minutes, at which time the vote was moved. Moderator Ray Meade noted that this article had to pass by a 67 percent vote of the approximate 210 voters present. Using the new electric voting modules, the article failed to pass with 53 percent for and 47 percent against.