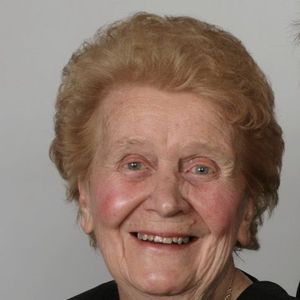 Shrewsbury – Margaret Larson’s life was rich in tradition, her faith, her Swedish heritage and above all her family. Her family and friends will cherish a lifetime of joyous memories in their hearts forever. Margaret died peacefully Monday, June 6, 2016 with her family gathered by her side. She was 88.

Margaret A. Agerholm was born Nov. 24, 1927 in Island Park, New York, daughter of the late Svend A. and Ragnhild (Hedlund) Agerholm, natives of Denmark and Sweden respectively. Her family lived on estates in Monroe, New York, Bayshore, New York and Ridgefield, Connecticut before moving to Worcester. Margaret was a graduate of the former Commerce High School in 1945.

Margaret met the love of her life, Carl A. Larson, through family gatherings, and soon found they shared a mutual affection for Swedish folk dancing. They married on October 15, 1949 at the former First Lutheran Church in Worcester. At this time Margaret worked as an assistant underwriter at the Massachusetts Protective Agency. Over the next several years Margaret and Carl built their home in Shrewsbury, where they have lived since 1959.

Always focused on learning, Margaret earned her Bachelor of Science in Elementary Education from Worcester State College in 1966, her Master’s Degree in Education in 1969 and a Certificate of Advanced Graduate Studies (C.A.G.S.). While in college Margaret was inducted into Kappa Delta Pi Honor Society in Education.

Teaching was her passion, and she made a difference in the lives of many students. Margaret was a highly respected fourth grade teacher for over 31 years at Fannie E. Proctor School in Northborough, retiring in 1997. She was honored with the Anna M. Seaver Award for being an outstanding educator in 1978.

Margaret was a member of the Northborough Teachers Association, Massachusetts Teachers Association and National Education Association. Upon retirement she established the Margaret A. Larson Award and scholarship to encourage former students in their continued education. This was maintained until 2014. She was also a volunteer enrichment teacher at Paton School in Shrewsbury after her retirement.

Margaret was a dedicated member of many organizations. Along with her husband, Carl, she belonged to Vasa Order of America Nordic Lodge #611 for over 40 years. Margaret was also an active member of the Boylston Grange #111, and she and Carl displayed fruits, vegetables and flowers at the Grange Fairs. Always interested in history, she belonged to the Shrewsbury Historical Society, and volunteered as the schoolteacher at the District # 5 Schoolhouse for school tours and other events. The Shrewsbury Historical Society presented Margaret with the Shrewsbury History Award for her work at the Schoolhouse.

Faith was an important part of Margaret’s life. Margaret and Carl were charter members of Trinity Lutheran Church in Worcester and she served as a Sunday school teacher for many years. They were members of the Swedish Folk Dance Club and featured in the book “Swedes of Greater Worcester.” Margaret and Carl were avid gardeners and horticulturists and loved working in their many gardens. She was a skillful knitter, making many treasured items throughout the years. Margaret took joy in the activities and accomplishments of her grandchildren and great grandchildren. Her face always lit up with a smile when she spoke of them. They were a great source of pride.

Margaret was predeceased by her brother Paul S. Agerholm.

Memorials in Margaret’s name may be made to the Carl and Margaret Larson Scholarship: Trinity Educational Assistance Fund, in care of Trinity Lutheran Church, 73 Lancaster St., Worcester, MA 01609.