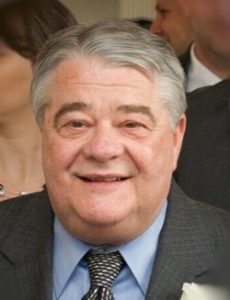 He is survived by his love, soulmate, and devoted wife of the past 44 years, Mary Rose (Cote) Casey; the three children he cherished, Christopher Casey and his wife Rebecca, Lesley Belanger and her husband Jason, all of Shrewsbury, and Kevin Casey and his wife Margaret of West Hartford, Conn.; four grandchildren that made him smile and who called him “Papa,” Emily, Claire, Collin, and Lena; his mother-in-law,  Josephine (Daboul) Cote of Shrewsbury; and nieces, nephews, extended family members, and many friends.

Michael was born in Worcester, and had lived in Shrewsbury all his life. He graduated from Shrewsbury High School, class of 1968, and Worcester State College, class of 1975, with dual Master’s Degrees in Education, one in Speech Language Therapy, and the other in Child Psychology.

Michael was a licensed child care operator, founding in 1982, along with Mary Rose, the Shrewsbury Children’s Center, serving as executive director.

He was a member of St Anne’s Church, the Worcester Pistol and Rifle Club, and the Day Care Owners Association of Massachusetts. He and Mary Rose cherished their profession; they loved teaching the children in their care, and helping parents manage their day. The children were the most important part of Michael’s life. Their well-being and safety were paramount.

He was also a devoted family man; his wife, three children, and four grandchildren always came first and placed a smile on his face every time they were with him. Having his three children and their families with him at holidays, family dinners and special celebrations was what was essential. His passing leaves a hole in the hearts of everyone who knew him, but his loving and caring soul will not be forgotten.

In honor of Michael’s memory the Shrewsbury Children’s Center will be closed Monday, June 20.

Friends and relatives are invited to visit with the family Sunday, June 19, from 4-7 p.m., in the Mercadante Funeral Home & Chapel, 370 Plantation St., Worcester.  His funeral will be held Monday, June 20 from the funeral home with a procession to the Church of Saint Anne’s, 130 Boston Tpke., where his celebration of life Mass will be held at 10 a.m. Burial will follow in Mountain View Cemetery.

In lieu of flowers, memorial contributions may be made to the National Kidney Foundation of Massachusetts, 85 Astor Ave., Suite 2, Norwood, MA 02062.