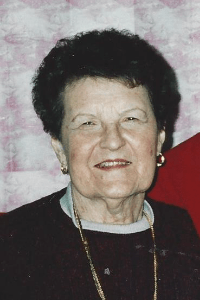 Hudson – Gloria N. (Norris) Smith, 90, of Hudson, former longtime resident of Palmer, died Sunday, July 10, 2016, surrounded by her loving family, at the Beaumont Rehabilitation and Skilled Nursing Center of Northborough. Gloria was the beloved wife of 57 years to the late Donald W. Smith, who died in 2002.

Gloria was born in New Iberia, La., daughter of the late Pheo and Eva (Viator) Norris. She was a longtime resident of Palmer prior to moving to Hudson recently to be with her daughter Cheryl. She was a member of St. Thomas the Apostle Parish in Palmer.

She was a longtime clerk working at the Durand Sister’s Gift Shop in Ware.

Gloria was a loving wife, devoted mother and truly cherished her grandchildren and great-grandchildren. She took great pride in raising her family along with her husband Donald, and always looked forward to family gatherings. Her loving spirit and gentle smile will be remembered fondly by all who loved and knew her.

A funeral service and celebration of Gloria’s life will be held Wednesday, July 13, at 11 a.m., in the Tighe-Hamilton Funeral Home, 50 Central St., Hudson (www.tighehamilton.com). Burial services will follow at 1 p.m. in the Brimfield Cemetery, Route 19/Wales Road, Brimfield. A calling hour will be held Wednesday, July 13, from 10-11 a.m., at the funeral home prior to the service.

In lieu of flowers, donations may be made to the charity of one’s choice in memory of Gloria.