I awoke recently around midnight and, unable to sleep, I watched out the window as flickering lights floated above the grassy patch behind the house.

Fireflies seem magical in the silent dark. We were in that quiet season after the spring peepers finish their nighttime symphony, and before the start of what I call the “August buzz,” the cicadas, crickets and katydids who fill the late summer night – magically, it seems to me —  with chirps and creaks.

Not all summer bugs are magical. In my opinion. 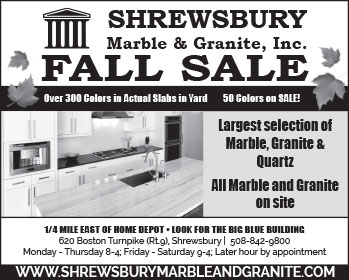 Japanese beetles. I first met beetles as a child living in our grandfather’s house. The beetles stubbornly nibbled Grandpa’s grapevines. Each evening, he poured a bit of kerosene into an old Maxwell House coffee can and, one by one, escorted the beetles into the can and thus to their final reward.

Once, he allowed my sister and me to help. Gruesome task! That night I had a nightmare that I was wearing a dark green sweater covered with revengeful beetles that would not come off. A couple of June bugs clung to the sweater, too. Horrors!

As an adult, I’ve almost recovered from the nightmare, and I’ve spent many evening hours flicking Japanese beetles off raspberry bushes into buckets of soapy water (kerosene being, I’m quite sure, environmentally incorrect).

And I remember the springtime mud wasp adventure. Dick and I had been married for almost a year. Our house had been built the summer before. One night, we noticed a small dark spot on the cream-colored wallpaper of the hall. The spot was rotating. A mud wasp was chewing its way out of the drywall. Chew, rotate, chew until its head popped out. Then out came its front legs. It pushed its legs against the wall, shaking with exertion, a black body grayed by drywall dust, as it slowly emerged from the wall and plopped into an empty peanut butter jar that we had so thoughtfully provided.

We went to bed, wondering if a wasp army was chewing its way into our hall. We closed our bedroom door just in case. Fortunately, this was the only one, apparently trapped on the drywall as a pupa in a cocoon when the house was being built, birthing itself in its timely fashion into an unseemly environment.

Okay, so maybe that mud wasp seemed a little bit magical, spending the winter quietly developing in the hall wall.

But I can’t find anything magical about ticks. I’m quite proud of my Dead Tick Collection.

I saved the deer tick that bit me, because I think you’re supposed to do that for future reference, though I took the double dose of antibiotics that allegedly prevents Lyme disease. I tucked the dead bug into a tiny plastic pill bag.

The six other ticks in the collection are wood ticks found, pre-bite, on our persons or in our house. Here’s how to capture a tick: pick it up with the sticky side of a piece of tape, fold another sticky side on top and – voila – a perfectly preserved specimen for the Dead Tick Collection.

The dead ticks remind me of Jack the Giant Killer. One day, Jack killed seven flies with one swat. He made himself a belt that said “Seven in One Blow.” Naturally, everybody assumed that the “seven” referred to giants, which is how he inadvertently got into the giant-killing business.