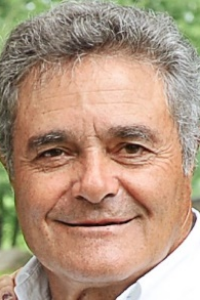 Jose was born July 14, 1944 in Fonte do Jordao Santo Espiritom Santa Maria, the Azores to Jose C. Chaves and Antonia P. Monteiro. He served in the Portuguese Air Force before immigrating with his parents to Hudson in 1967.

Jose married Beatrice Carvalho on July 4, 1968, and the young couple lived their early years together in Somerville. In 1982, Jose, his wife, and three children moved to Hudson after buying Hudson Seafoods on Broad Street, which they ran together for the next 14 years. It was renowned for having the best fish & chips in the area.

In 1997, Jose joined Hudson Public Schools where he worked as a custodian until his retirement in 2008, although he continued on in a part-time capacity for many years after. Always up for a new challenge, Jose trained as an auxiliary policeman with Wayland Police.

Jose had a love for music. He played baritone in bands his whole life from Cambridge to Hudson to Lowell where he continued to play until his illness. He also played violin, mandolin, accordion, and guitar. Jose was the life of every party bringing out the accordion and getting everyone dancing and singing. He loved spending the winters in Florida with his wife. He enjoyed fishing and teaching others to catch a “big one.”

Jose leaves his loving wife of 48 years, Beatrice; his children and their spouses, Debby, Matt, Delia, Tommy, Bobby, Kerri, his “adopted’ son, Duarte, and Manuela; and his grandchildren, Kiara, Zachary, Olivia, Sara, Stella, Owen, Alyssa, Tony, and Jonathan. He is survived by his older brother, Americo Chaves, and sister, Palmira Bairos, as well as extended family.

In lieu of flowers, please make donations to Massachusetts General Hospital, which cared so well for Jose during his last months, at https://giving.massgeneral.org/donate/.