Southborough – The Venerable Michael Hamilton, an archdeacon in the Episcopal Diocese of Massachusetts, uses his artistic talents in different ways. One way is through icon painting – a contemplative, precise method of recreating icons that are generally Byzantine portraits of Christian religious figures.

“If you are painting an icon of a saint, you have probably read a bit about the person…and as you are applying your multiple layers of very thin paint…the image becomes real in the moment,” said Hamilton. “Frequently, in a quiet setting, you will suddenly hear someone startle and say ‘ooh,’ and everyone else knows what just happened. The icon’s message, or a moment of personal clarity, comes to the person that is praying and painting.” 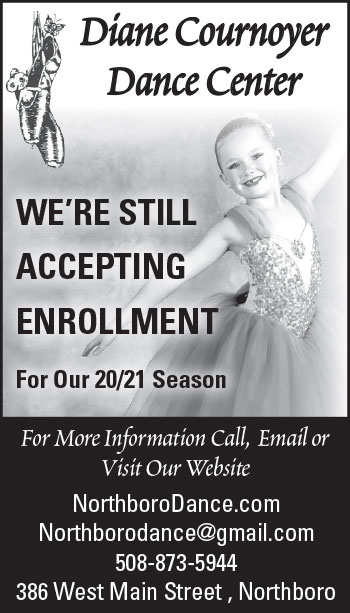 Last month, Hamilton began a three-year appointment as deacon of St. Mark’s Episcopal Church in Southborough. Among other things, he hopes to share his artistic gifts and knowledge of icon painting with the congregation.

Ordained a deacon nine years ago, Hamilton became an archdeacon in early 2015. Despite a busy ministry and a hectic work schedule in a hospital pharmacy, he finds time to nurture the gifts he’s been given.

“I have appreciated the beauty of icons for a long time and became even more interested when I learnt that painting an icon is not an artistic endeavor, but rather a prayer experience,” revealed Hamilton, who likes to focus on a verse from the Bible as he paints. “When people see an icon that I have painted, they will say ‘Oh, it’s beautiful; I could never do that,’ and I find myself telling them they are only half right. It is beautiful, but they can do it. Like following the notes of Bach, the icon is completed with multiple repetitious strokes…that follow a very described pattern. It is in this…that the student is allowed to quiet themselves and listen.”

Sharing the paintings is important to Hamilton, since they contain messages that can help people. He said the icon that has most likely had the biggest impact on his life is that of the Archangel Gabriel. Consequently, it’s the one he’s given to others more than any other icon he’s painted.

“The reason that this one, in particular, speaks to me is that it was the first icon that I ever painted, and as a messenger of God, the message that Gabriel always imparts is ‘Be not afraid,’” said Hamilton.

Hamilton gave that first icon painting to an elderly gentleman on his deathbed.

“After a few days, his wife noticed that he did start to settle, and she said to him that she attributed his calmness to the icon, and he said that it did help,” recalled Hamilton, who also shared the archangel’s message with him. “She told him she would bury the icon with him, since it brought him comfort, and he responded that he heard the message, and now, she needed it as she lived…without him. That icon was placed on the wall in the kitchen, near where Jim sat, for the rest of Helen’s life.”

Hamilton, who also creates other forms of art – including stained glass windows – said he believes the “creative process can teach us so many things and be a venue for prayer and joy.”  For instance, he said that when he joined the diocesan response to the aftermath of Hurricane Katrina, he gained insights from finding broken glass from churches’ stained glass windows.

“I took several of those pieces and embedded them in stained glass windows and reused what was broken in order to create something new,” he explained. “This is what God allows us to do in our lives, to pick up our broken pieces…and rework them into something of beauty. That which is created is not necessarily the same as what was broken…but it is reclaimed, refashioned and renewed, and that is the message that I believe God tries to communicate….Everything can be redeemed, even our broken pieces. This is the news and the experiences that inform me and what I hope to share with the community of St Mark’s.”