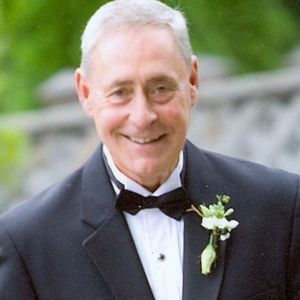 Shrewsbury – James A. LaBua passed away peacefully at home alongside his family Thursday, Aug. 18, 2016. He was 70.

Jim was born Feb. 21, 1946 in Lawrence to James J. LaBua and Rose (Champigny) LaBua. He grew up in Methuen and graduated from Lawrence Central Catholic High School and Merrimack College.

In 1968, Jim enlisted in the United States Marine Corps and spent the next two years proudly serving his country. After being honorably discharged as a sergeant, he began a long and distinguished career in state government and labor relations.

For 17 years, Jim worked for the state of Massachusetts, serving as Director of Personnel Services and Chief Negotiator at the Department of Social Services, and Director of Human Resources and Negotiations at the Massachusetts Turnpike Authority. The last 10 years of his career were spent as the Deputy Director of Labor Relations at Harvard University. He was a consummate professional, respected by collective bargaining opponents and beloved by peers. He spoke fondly of his colleagues and considered himself fortunate to do work that he found challenging and meaningful.

Jim’s happiest moments were spent in support of his children, who were the joy of his life, and on Osterville’s Dowses Beach, often with Four Seas Ice Cream on the horizon.

During his 12 years living with Alzheimer’s, Jim never lost his belief in hard work, or his enjoyment of simple pleasures. He will be remembered for his natural decency, his unwavering commitment to family and friends, his perfection of New England Patriots tailgates, and his remarkable humor and mischief in the face of adversity.

Jim is survived by his best friend and wife of 38 years, Maryellen (Conlin) LaBua; his son, Timothy J. LaBua and his wife Sarah (Getchell) LaBua of Cambridge; and his daughter, Elizabeth W. LaBua, also of Cambridge. He leaves his dearly loved brother, Robert LaBua and his wife Mary of Newburyport, nieces Laurie Martin and Karen Everett, nephew Bryan LaBua, and their families.

Jim’s family is grateful to their relatives, friends, neighbors, and health aides, especially Mary, Geoffrey, Joseph, and Gilbert, for their faithful support and love. Jim always said, “Good things for good people.” His family hopes that you celebrate his life by doing a good deed for a friend or stranger alike.

Family and friends will honor and remember Jim’s life by gathering for calling hours Tuesday, Aug. 23, 5-8 p.m., at Heald & Chiampa Funeral Directors ~ The Sumner House, 5 Church Road, On the Common, Shrewsbury Center, and again Wednesday morning, Aug. 24 before leaving in procession to Saint Mary’s Church, 640 Main St., Shrewsbury, where his funeral Mass will be celebrated at 10 a.m. Burial with military honors will follow in St. John’s Cemetery.