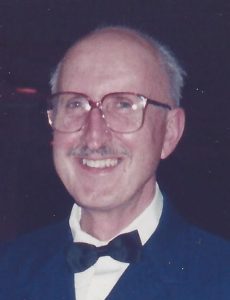 Lowell was born in Shrewsbury, son of the late Raymond A. and Hattie E. (Publicover) Crouse. He served his country proudly in the U.S. Navy aboard the destroyer U.S.S. Steinaker during the Korean Conflict.

Lowell was well accomplished in his truck driving career. He was the first President of the Massachusetts Professional Driver’s Association. He was a longtime competitor in truck driving roadeos, winning the State Championship 12 times and winning the National Championship in 1982. He received Congressional recognition for three-and-a-half million miles of accident-free driving and was named Massachusetts Driver of the year in 1979.

He leaves his wife, Edna M. (Rosen) Crouse; a son, William E. “Bill” Crouse of Shrewsbury; a daughter, Patricia E. Manos of Shrewsbury; two brothers, Melbourne Crouse of Shrewsbury and Warren Crouse and his wife Alice of Maine; four grandchildren, David W. and Tyler A. Crouse, both of Shrewsbury, Christopher L. Manos and his wife Jessica of Worcester, and Erich J. Manos and his wife Marissa of San Diego, CAalif.; two great-grandchildren, Aidan and Logan Manos of Worcester; three step-children, Cheryl L. Dill and her husband Tom of Colorado, Cathy A. Either of Millbury, and Jesse Salvatore and his wife Kathy of Merritt Island, Fla.; many loving nieces and nephews; and with special thanks to Bob, Sybil, and Sue for all their love and support. He was predeceased by a daughter, Nancy P. Cadigan, and his first wife, Evelyn (Swicegood) Crouse, who died in 1985.

All who knew Lowell will remember him as one of the kindest, gentlest souls they ever met.

In lieu of flowers, memorial contributions can be made to Saint Jude Children’s Research Hospital at www.stjude.org.