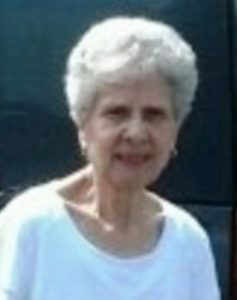 Southborough – Carmela (Petrone) Fusaro, 81, of Southborough, formerly of Worcester, passed away Saturday, Sept. 24, 2016 with her beloved sons gathered at her side. Her husband, Ernest Fusaro, passed away in 1986.

Carmela was born in Arci, province of Cosenza, Italy, one of seven children of Vincenzo and Assunta (Plastena) Petrone. She grew up in Italy, immigrating as a young child with her family to Yonkers, N.Y., where she lived until marrying Ernest W. Fusaro in 1960.

Carmela and Ernie then moved to Worcester where she cared for and raised her family for over 50 years. She moved to Southborough 11 years ago.

She is survived by her two devoted sons, Ernest D. Fusaro of Southborough and Gino M. Fusaro and his life companion Janet Peters of Southborough; two sisters, Maria Moschetta and Anna Rubillo, both of Yonkers; and Angelo Petrone of Somers, N.Y.   She also had many nieces, nephews, and extended family. A sister, Nancy Gizzi, and brothers, Mario Petrone and Antonio Petrone, predeceased her.

Carmela was a typical Italian mother, who devoted her life to her family. She loved to cook, bake, and be a strong part of her children’s lives. She will be greatly missed.

Funeral services will be held at St. Anne’s church, where she was married, in Yonkers, N.Y. Entombment will take place at Ferncliff Cemetery in Hartsdale, N.Y.

Remembrances in her name can be made to the Memory Care Unit at Shrewsbury Nursing & Rehabilitation Center, 40 Julio Dr., Shrewsbury, MA 01545.

The Mercadante Funeral Home & Chapel assisted the family with arrangements.