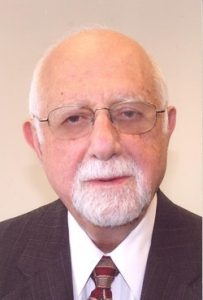 Worcester/Shrewsbury – H. Martin Deranian, 94, a prominent Worcester dentist, passed away Monday, Sept. 26, 2016 at his residence. Born in Worcester on August 21, 1922, he was the son of Marderos and Varter (Bogigian) Deranian.

A graduate of South High School, Dr. Deranian furthered his education at Clark University, receiving a Bachelor of Arts Degree in 1945. Continuing on, he entered the University of Pennsylvania and received his D.D.S. in 1947. From 1947-1951, he was an Associate of Dr. Ronald M. King in Boston, prior to entering the United States Dental Reserve – Dental Corps of the US Navy in 1951. As a Lieutenant (J.G.) Dr. Deranian served overseas and independent duty during the Korean Conflict from 1951-1953.

Dr. Deranian has been in the private practice of general dentistry in Worcester from 1953 to his retirement in 2014 after more than 61 years.

Big Brothers / Big Sisters of America, the nation’s premiere donor and volunteer-supported youth mentoring organization had a special place in his heart for over 50 years.

Dr. Deranian has been described on numerous occasions by friends, associates, and public figures as the consummate gentleman whose genuine approach to issues for humanity has no equal. On November 6, 2014, Dr. Deranian was presented a Certificate of Special Recognition for his Outstanding and Invaluable Service to the Community by the Congress of the United States.

As a collector and exhibitor of Antique Dental Equipment, Dr. Deranian established a turn-of- the century museum at Tufts Dental School of Dental Medicine. Among the many honors and awards Dr. Deranian has received were the Worcester Medical News Wisteria Award; the Who’s Who in the East Award (Marquis) recognition; the Hayden-Harris Award of the American Academy of the History of Dentistry; and the creation of the Dr. H. Martin Deranian Annual Fellowship Award established May 5, 1999 in his honor.

Dr. Deranian was passionate about his Armenian heritage and was a supporter of the Chair in Armenian Genocide Studies at Clark University. He was a 50 year member of Montacute Lodge of Masons, and a member of the Knights of Vartan since 1947.

Described by many as a “Renaissance Man” for his approach to issues as being a rebirth or revival, and noted as a prolific researcher and writer, Dr. Deranian’s numerous publications included The Village of Hussenig: Memories of the Heart and Hearth (1981); Hussenig: The Origin, History, and Destruction of an Armenian Town (1994); Worcester is America: The Story of Worcester’s Armenians, The Early Years (1995); Miracle Man of the Western Front: Dr. Varaztad H. Kazanjian, Pioneer Plastic Surgeon (2007); President Calvin Coolidge & The Armenian Orphan Rug (2013, 2014); Hagop Bogigian; Armenian American Pioneer & Philanthropist (2016). Deported/a Dream Play by Joyce Van Dyke based on the friendship between the playwright’s grandmother and Dr. Deranians mother, both of whom survived the deportation and Genocide as “resilient woman.” (2012).

His funeral service was held Sept. 30 in the Armenian Church of Our Saviour of Worcester, officiated by Der Aved Terzian, with burial in Hope Cemetery of Worcester.

Contributions may be made in Dr. Deranian’s memory to the Armenian Church of Our Saviour, 87 Salisbury Street, Worcester 01609 or to Clark University, Armenian Studies Program, 950 Main Street, Worcester, MA 01610.

Click on the link to learn more about Dr. Deranian and his special relationship with his “Little Brother,” Cameron Fersch.