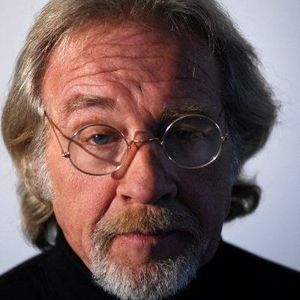 Shrewsbury – It is said that “where words fail…music speaks” but Dennis Cummins had both covered. As a well-known guitar, keyboard player and singer with “Beatles For Sale,” he sang and entertained many with endless cover songs of the much-loved Beatles with the band he’d been a member of for nearly 10 years. He also was an author with his completed novel, “Nesters,” and several other short stories that were published.

While we may no longer hear his voice live on stage and appreciate his deep love and passion for music, people and writing…it will remain his legacy and live on in the hearts of his family, friends and many fans. “And in the end, the love you take is equal to the love you make.” (The Beatles from the album Abbey Road)

Dennis was born Oct. 30, 1951 in Worcester, a son of the late John F. and Marion E. (Fanning) Cummins. Raised and educated in Shrewsbury, he was a graduate of the class of 1970.

Dennis was still working with the school department for the town of Shrewsbury in custodial and maintenance services where he had worked for over 32 years.

Beatles For Sale is an award-winning, New England-based Beatles tribute band that is committed to recreating the sounds of the Beatles live in concert. This band of talented musicians was drawn together by their love of Beatles music and the desire to keep the music alive, bringing it to a whole new generation of Beatles fans. Its members have always felt that the most important thing about the show is the music. Their shows invoke a fun and energetic performance complete with original instrumentation and vocal harmonies that are as accurate as possible to the original Beatles recordings.

Since Dennis saw the Beatles play live on the Ed Sullivan show in 1964, he had been playing guitar. He grew up in the midst of Beatlemania with garage bands on every corner and those infamous battle of the bands every weekend. He had played in various bands since the late 60’s. His influences have always been centered on four individuals: John, Paul, George, and Ringo. How can one improve on perfection?

Dennis was also a published horror author and had sold numerous short stories to various horror magazines around the country. He was a member of the Horror Writers’ Association. He also enjoyed long rides on his motorcycle and time spent with his family.

Family and friends will honor and remember Dennis’s life by gathering for calling hours Monday, Oct. 24, from 5-8 p.m., at Heald & Chiampa Funeral Directors ~ The Sumner House, 5 Church Road, On the Common, Shrewsbury Center. His funeral Mass will be celebrated Tuesday, Oct. 25, at 10 a.m., at Saint Mary’s Church, 640 Main St. Burial will follow in Mountain View Cemetery.

Memorials in his name may be made to St. Jude Children’s Research Hospital.