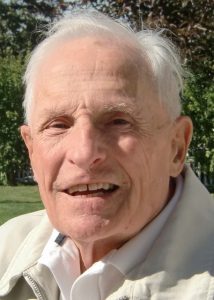 Born in Boston and raised in the Mission Hill section of Roxbury, he was the son of Albert and Lea (Roberts) Charest. He lived in Northborough for 41 years. He joined the Army in 1950 and served a tour of duty in Korea during the war in the 94th Military Police.

Armand owned and operated Metropolitan Floor Service Co. for 10 years. He then worked as a facilities manager of Lincoln Plaza Shopping Center in Worcester for many years. He later worked for the Flatley Co. as a leasing agent and property manager.

In his retirement, Armand drove a school bus in Northborough and Westborough for 10 years. He was a member of St. Rose of Lima Church and sang in the choir. He was also a member of the Knights of Columbus and a life member of American Legion Post #234 of Northborough.

To share a memory or to leave an online condolence, please visit www.haysfuneralhome.com.