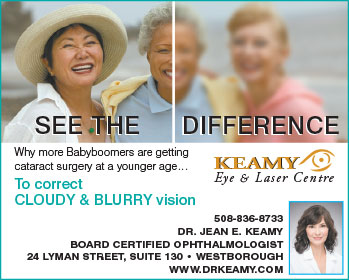 Ceremonies to honor Westborough’s veterans will begin at 9 a.m. at VFW Post 9013, 9A Milk St. The bus will depart at 9:20 a.m. for Minuteman Park on South Street. Master of Ceremonies Brent French will introduce State Rep. Hannah Kane (R-Shrewsbury) to present the wreath. The VFW Post 9013 Honor Guard will fire three volleys of rifle fire followed by the buglers from the Westborough High School (WHS) band playing “Taps.”

The bus will continue to Pine Grove Cemetery for services and wreath laying ceremony by state representatives Carolyn Dykema (D-Hollison) and Danielle Gregoire (D-Marlborough). The bus will then travel to Forbes Municipal Building, 45 W. Main St. Town Manager Jim Malloy will speak about the downtown improvements and recognize Penta Communications before introducing the Board of Selectmen Chair Ian Johnson who will say a few words and introduce Gold Star mother Rita Lee to present the wreath. Grand Marshal Alexander Tournas will speak and there will be a performance by the Westborough High School ensemble Harmony in Heels. This will conclude services at the World War I, World War II, and Korean, Vietnam, and Gulf wars’ memorials.

Following these stops, participants that wish to march to the Westborough Rotary will do so at this time and those who wish to ride the bus may do so. There, selectmen will present the wreath, followed by collation for participants and invited guests at the VFW Post 9013 on Milk Street.

The Shrewsbury Veterans Day ceremony will take place at the World War I Memorial in front of Beal School, 1 Maple Ave. There will a wreath ceremony and music selection by the Calvin Coolidge Elementary School third-grade chorus. Following the event there will be a reception at the Shrewsbury Public Library, 609 Main St.

Marlborough’s traditional Veterans’ Day parade will start at 10 a.m. in front of the American Legion on Maple Street. Participants are asked to meet at 9:30 a.m. The parade will then proceed along Main Street. Stops will be made at memorials along the route in honor of those who served, ending at the WWI Memorial, also known as “The Doughboy Monument.”

There will be a veterans’ luncheon at the Northborough Senior Center from 11:30 a.m. to 2 p.m. The luncheon is free for veterans; $9 for guests (one guest per veteran). The menu will include Caesar salad, pot roast, baked potato, vegetables and cake. For more information, call 508-393-5035.

The annual Southborough Veterans Day parade will begin at 10:45 a.m. from the American Legion/VFW Headquarters at the Community House on Main Street. Parade participants (veterans, Scouts, Algonquin Regional High School students and government representatives) are asked to meet by 10:15 a.m. The procession will march to the All Wars Memorial on the common across from the library. At 11 a.m., veterans will hold a ceremony including readings and patriotic music.

Hudson is having its traditional Veterans Day Parade and ceremonies stepping off from South Street at 10 a.m. Participants are asked to assemble at 9:30 a.m. In the case of inclement weather, the ceremonies will take place inside Town Hall, 12 School St.