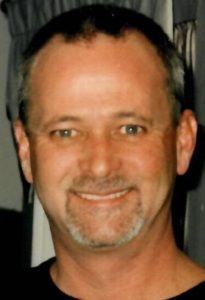 Westborough – William G. McCarthy, 63, of Westborough, passed away peacefully at home Sunday, Nov. 20, 2016, surrounded by his loving family. He is survived by his former wife and best friend, Donna M. (Faucher) McCarthy.

Born in Boston, he was the son of the late William F. and Catherine (McCarthy) McCarthy. He was raised in the Readville section of Boston and was a graduate of Cathedral High School.

William was employed as a service technician for Eversource, and had been a resident of Westborough for 20 years.

In addition to his former wife, he is survived by three sons, William C. McCarthy (son of Linda Fagan), Matthew W. McCarthy, and Jack M. McCarthy, all of Westborough; five sisters, Diane McCarthy of Duxbury, Jean Kelly of Milton, Patricia Signoriello of Quincy, Judith Kissane of Glastonbury, Conn., and Catherine Kelly of Marshfield; many nieces and nephews; and his former wife, Linda Fagan and her children, David Eno and Stephanie Eno.

His funeral Mass will be celebrated Saturday, Nov. 26, at 10 a.m., in St. Luke the Evangelist Church, 70 West Main St., Westborough. Burial will be private. Calling hours at the Britton-Summers Funeral Home, 4 Church St., Westborough, are Friday, Nov. 25, from 4-7 p.m.

In lieu of flowers, donations in his memory may be made to the William G. McCarthy Educational Fund, c/o Avidia Bank, 100 East Main St., Westborough, MA 01581.