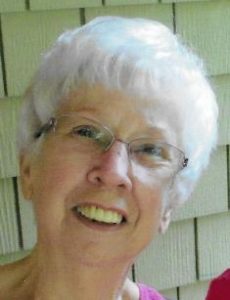 Northborough – Anne G. (Sheehan) Staniunas passed away Wednesday, Dec. 7, 2016 at Marlborough Hospital, after complications from Alzheimer’s disease. She was 85.

Anne leaves her son, Richard Staniunas and his wife Penny of Northborough; three grandchildren, Christopher Staniunas, Jessica Ytterdahl, and Jonathan Staniunas; four great-grandchildren; and nieces and nephews. She was predeceased by her son, Daniel Staniunas, who died in 2013, and two brothers, Edward Sheehan and David Sheehan.

A lifelong resident of Northborough, Anne was the daughter of David F. and Mae (Ladieu) Sheehan.

From the 1950s through 1970s, she worked as a stitcher for Marlboro Footwear, Diamond Shoe, and Frye Boot in Marlborough. She also worked as a nurse’s aide at Cushing Hospital in Framingham. Most recently, Anne was a home care provider for 20 years.

She loved her cats, dogs, and chickens.