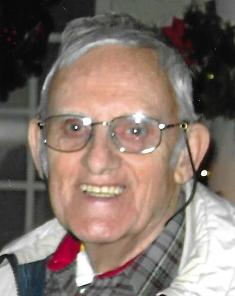 Born and raised in Marlborough, he was the son of the late Alfred and Grace (McDougall) Flint. Bob graduated from Marlborough High School in 1944 and attended Wentworth Institute in Boston. He served in the U.S. Navy during WW II in the Asiatic-Pacific Theatre.

He spent his career as a mechanical engineer at Raytheon Corp. for 20 years. He later owned and operated Central Quarters Antique Store in Hudson for many years.

Bob lived in Northborough for 10 years and moved to Sterling and most recently to Chelmsford. He loved camping, yard sales, refurbishing/refinishing furniture, and spending time at the ocean. Most of all, he lived for his family.

Memorial donations in Bob’s name may be made to the Alzheimer’s Foundation by calling 866-232-8484.