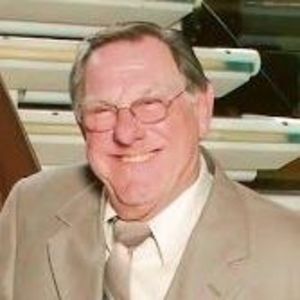 Shrewsbury – Local legend Mike Trotto hoisted his main sail, trimmed his jib and set his compass toward his next journey beyond earth’s great horizon Wednesday, Dec. 28, 2016 as he died peacefully amidst his large family. He was 81.

Born Sept. 29, 1935 at his family’s home on Holden Street in Shrewsbury, Mike was the youngest of 12 children to Italian immigrants John and Antoinette (DiPasquale) Trotto. A lifelong Shrewsbury resident, he graduated from the former Maj. Howard Beal High School with the class of 1955.

Mike joined the work force with his siblings at the family business, Worcester Sand & Gravel Co, as soon as he was old enough to hold a shovel. By age 10, he was running the trucks and operating equipment, later rising through the ranks to become the president of the company. On June 15, 1957, Mike married his only love and seventh grade sweetheart, Nancy M. Culver, at St. Anne’s Church.

Mike Trotto’s name is synonymous with the Town of Shrewsbury, making the community a better place to live in so many ways. Mike was a town meeting member along with Nancy and his oldest son Michael, served on the housing authority and finance committee, was town selectman for six years, and even ran for a seat on the governor’s council. Mike had his pilot’s license, belonged to the Shrewsbury Rotary Club, received the key to the City of Worcester, and was honored as outstanding man of the year by the Jaycees Club. Active all his life in politics, he remained bipartisan and always supported the candidate…not the party. Mike also enjoyed many decades of boating out of Lewis Bay and spending quality time with the family at their summer home in Hyannis and was a familiar face each day at his son Bruce’s restaurant, Dinky’s Diner, in Shrewsbury.

To say he had an interest in antique automobiles and trucks is an understatement. Mike had fond memories of when he and his friends started collecting now nostalgic hot-rods for $20-$25; they would hang out at Harry’s on Boston Turnpike in Shrewsbury. The vehicles that Mike collected have almost as unique and varied a past as the man himself. He owned a fire-truck from the old Grafton State Hospital as well as one (a 1939 Mack) from Brookfield. His collection of dozens of antique cars and trucks is so vast that he had to store them in a three-acre building simply to store everything in one location. The cars and trucks he purchased came in all conditions and he lovingly restored them himself. His passion for vehicles provided friendships that lasted his lifetime. He was a member of the Shrewsbury Old Car Club, Wianno Senior Class Association, and founding member of the Bay State ATCA Chapter, American Historical Truck Society and the Rockbusters Truck Club Association.