Westborough – An “Antique Roadshow” of sorts will be held Saturday, Feb. 4 from 10 a.m. to 4 p.m. at the Westborough Town Hall, 34 West Main St. Area residents are invited to bring up to three items of historical and cultural significance to Westborough — such as memorabilia, photos, old menus, or clothing — to the “Westborough: Your Town – Your History” day. Items will be digitized using high-quality scanners and photography.

Instead of going home with an off-the-chart valuation, residents will receive a flash drive with digital image(s), acid-free envelopes for photos, and archival sleeves for larger pieces. The Westborough Public Library will add these digital images to their growing historical collection, and to the Digital Commonwealth (http://www.digitalcommonwealth.org), a database of “historical collections from libraries, museums, and archives across Massachusetts.”

A “Common Heritage” grant from the National Endowment for the Humanities provided the library with $12,000, which they used to purchase materials, scanners, computers, and hire consultants for the scanning event. The library, Westborough Historical Society, and Westborough TV, Inc. collaborated on this grant application. Only six libraries nationwide were awarded funds.

On the scanning day, staff from Westborough TV will film “video stories” of local history. 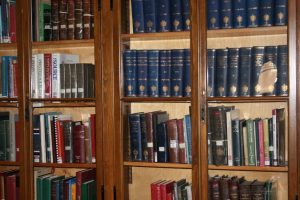 Westborough Historical Society members will share their knowledge of local history as it relates to the items being scanned. Experts from the Northeast Document Conservation Center and Westborough’s Art and Frame Emporium will offer advice on preservation techniques.

Here’s how it began

Six wooden boxes sat in a vault at Westborough’s Town Hall, most likely for decades, until 2012 when the building was about to be closed down for renovations. Maureen Ambrosino, Westborough Public Library’s director, received a call about the boxes from the late town clerk, Nancy Yendriga. Ambrosino said that she didn’t react right away, and by the time she got to the vault, there was no heat and no lights.

Using the flashlight on her cellphone, Ambrosino was stunned to see the painted inscriptions

on the boxes: War of 1812, Tax Lists 1756-1853, War of Revolution, School, Tercentenary 1930, and Documents 1709-1831. She went back to the vault with Westborough resident Tony Vaver, who at that time was a volunteer and consultant in the library’s historic section. They found more records.

“It all started with the wooden boxes. They are treasures filled with fascinating documents,” said Ambrosino. Vaver said that most likely Westborough resident Charles Reed assembled the boxes in 1930 when the state celebrated the 300th anniversary—the tercentenary— of the founding of the Massachusetts Bay Colony.

Following the discovery of the boxes, Ambrosino hired Vaver as a part-time local library historian. She knew that it would take a trained archivist to do the job. Vaver who holds a Ph.D. in English and an M.L.S., has a background in special collections and American history. He had just finished writing his second book; the timing was perfect. Since 2014, Vaver has worked 12 hours a week at the library.

Vaver has organized the libraries existing historical collection as well as the material found in the boxes. He has created a framework and is digitizing the material.

Describing Westborough’s collection, Vaver said, “We have genealogical records, historical photographs and maps, microfilm of the [newspaper] Westborough Chronotype that stopped in 1974, books, and records from Westborough residents who served in World War I, and from the Westborough Woman’s Club.”

The Westborough Library’s history collection may be accessed at www.westborougharchive.org.

The Westborough History Room is open during library hours. It’s best to make an appointment to visit during Vaver’s hours, which are Monday, Thursday and Friday from 10 a.m. to 1 p.m. During other times the librarians at the main desk are available to open locked cabinets.

To schedule an appointment, arrange to have additional Westborough-related items scanned after the scanning day, or learn more about the “Westborough: Your Town – Your History” day, email Vaver at [email protected].

Westborough Board of Health seeks community feedback ahead of Dec. 6 meeting